Another Dem Talking Point Flushed Down the Biden

A new study from the Committee to Unleash Prosperity has some news that’s going to blow up the Democratic narrative on COVID. A two year study examined all the states and looked at how they handled the pandemic and graded the states based on the number of deaths, the economy, and the impact on education. The bottom 10 states are — not surprisingly — the states that had the most severe lockdowns.
By contrast, guess who the best states were? The states that dealt with the virus more sensibly — states that were also concerned about education and the economy. Embarrassingly, the media's clownish and bigoted slams of Southern states opening of schools and businesses proved wrong and the study showed Florida dominated media darlings California & New York. 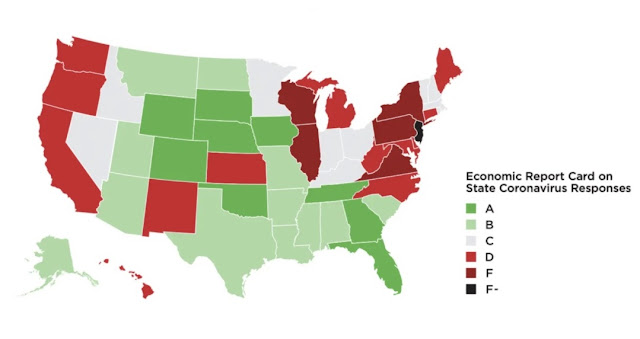 Liberals are having a meltdown over the study because it shoots down all their preconceptions and talking points. But the bottom line is that from the start, you needed to factor in things like the economy and education. The GOP came around to sense long before Democrats did and it had an effect.
This isn’t the first study showing that lockdowns didn’t do much for COVID mortality. Johns Hopkins had a meta-analysis that came to a similar conclusion: “Such a standard benefit-cost calculation leads to a strong conclusion: lockdowns should be rejected out of hand as a pandemic policy instrument.” - Read More
[RedState]
[Outkick]
© Posted By Diogenes Sarcastica™ on 4/11/2022 08:55:00 PM No comments:
Labels: Covid Gestapo, Get da Fuck Outa Here!

After spending the past four years screeching that Trump was “authoritarian” and “fascist,” it’s farcically ironic and hypocritical that the Biden White House now wants to knock on Americans’ doors to make sure they are vaccinated. Press Sec. Jen Psaki announced to reporters agents of the federal government will be knocking on unvaccinated people’s doors to browbeat them into getting the shot for a virus that has proven to have a 99 percent survival rate. Sending in federal stormtroopers to bang on people’s doors to check their vaccination status sounds like a blatant violation of HIPAA laws as well as a gross abuse of patient confidentiality. If the central government isn't keeping databases on everyone - the core of a vaccine passport - how will they know which doors to go to? 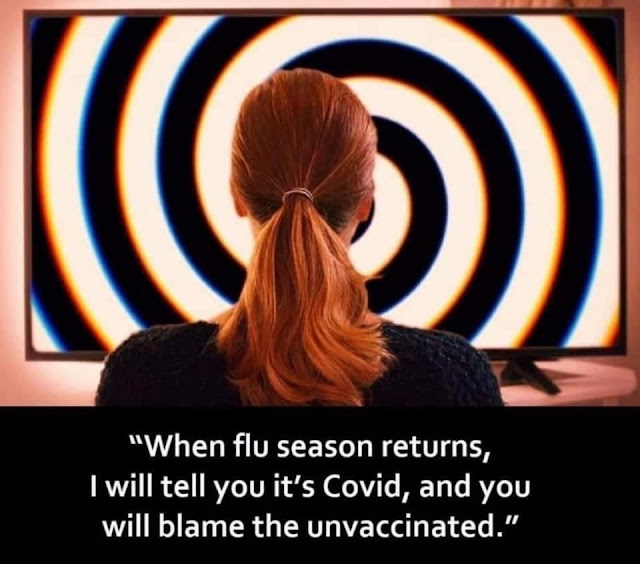