DELTA AIRLINES Gets Involved in Politics, Georgia House Plans to Makes Them Pay.

Georgia House Republicans have voted to strip Delta Air Lines of a jet fuel tax break worth tens of millions of dollars Wednesday after the company condemned the state’s new laws that protects voters from fraud and illegal voters.  According to FORBES,  Delta has joined a growing list of corporate executives and Hollywood soft skulls who have criticized the new legal vote safeguards amid a debate over boycotting Georgia's biggest companies.
The move was in response to CEO Ed Bastian condemning Georgia’s voting bill, who described it as “unacceptable” and not matching “Delta's values." I'm not sure what Delta thinks it's values are outside of what should be their obvious concern about making air travel safe.
A number of prominent Georgia-based companies condemned the law after pressure grew from holier-than-thou activists like Tank Abrams. The bill, introduced towards the very end of the legislative session, was not taken up by the Senate before it adjourned and has not yet become law.
The media, who are carrying the water for Georgia's inbreed  democrats, continue to repeat misinformation that the bill would shorten early voting hours, limit early voting and outlaw non-poll workers handing out water or food to waiting voters, all of which have proven to be a false narrative. Surprise Surprise!
Let's hope this is a start of messaging to corporations to stay in they lane and ignore the self righteous overly-woke activist and take care of their own business.
H/T CFP
~ Thank You WHATFINGER NEWS for the Linkage! ~
© Posted By Diogenes Sarcastica™ on 4/01/2021 05:00:00 PM No comments:
Labels: Low Information Voter, Media Circle Jerk, Voter Fraud

Illegal Voters May Have Decided New Hampshire in 2016

But.....but there's no such thing as voter fraud.

PJM - "Newly available data is casting doubt on the integrity of the presidential election in New Hampshire in 2016, which Hillary Clinton won by just over 2,700 votes. Over 6,000 voters in New Hampshire had used same-day voter registration procedures to register and vote simultaneously for president. 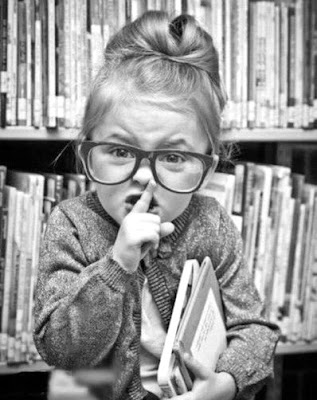 The current New Hampshire speaker of the House, Shawn Jasper, sought and obtained data about what happened to these 6,000 "new" New Hampshire voters who showed up on Election Day. It seems the overwhelming majority of them can no longer be found in New Hampshire.

Of those 6,000, only 1,014 have ever obtained New Hampshire driver's licenses. Of the 5,526 voters who never obtained a New Hampshire driver's license, a mere three percent have registered a vehicle in New Hampshire. The Public Interest Legal Foundation received information that 70 percent of the same-day registrants used out-of-state photo ID to vote in the 2016 presidential election in New Hampshire and to utilize same-day registration. Gov. Maggie Hassan, a Democrat, also defeated incumbent U.S. Sen. Kelly Ayotte by only 1,017 votes.

These new data illustrate the problem with same-day registration laws: they prevent the ability to verify residency prior to the election -- and in a close election, that can make a difference. As John Fund and Hans von Spakovsky pointed out in their book Who's Counting, same-day registration fraud won Al Franken his Senate seat, and that extra Democratic seat then gave the country Obamacare."
© Posted By Diogenes Sarcastica™ on 9/08/2017 01:55:00 AM No comments:
Labels: Leftist Hypocrisy, Voter Fraud
Older Posts Home
Subscribe to: Posts (Atom)