Joe Biden on the Unrest in the Mideast. And as Usual, Joe is Right on Top of it. 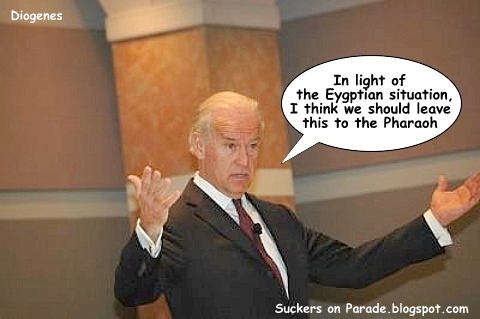 Press release from the Library at Alexandria Egypt:

To our friends around the world: The Events in Egypt
Statement of the Director of the Bibliotheca Alexandrina
Jan. 30, 2011
The world has witnessed an unprecedented popular action in the streets of Egypt.  Led by Egypt’s youth, with their justified demands for more freedom, more democracy, lower prices for necessities and more employment opportunities.  These youths demanded immediate and far-reaching changes. This was met by violent conflicts with the police, who were routed.  The army was called in and was welcomed by the demonstrators, but initially their presence was more symbolic than active.  Events deteriorated as lawless bands of thugs, and maybe agents provocateurs, appeared and looting began.  The young people organized themselves into groups that directed traffic, protected neighborhoods and guarded public buildings of value such as the Egyptian Museum and the Library of Alexandria.  They are collaborating with the army.  This makeshift arrangement is in place until full public order returns.


The library is safe thanks to Egypt’s youth, whether they be the staff of the Library or the representatives of the demonstrators, who are joining us in guarding the building from potential vandals and looters.  I am there daily within the bounds of the curfew hours.   However, the Library will be closed to the public for the next few days until the curfew is lifted and events unfold towards an end to the lawlessness and a move towards the resolution of the political issues that triggered the demonstrations.
Ismail Serageldin-Librarian of Alexandria
___________________________________
© Posted By Diogenes Sarcastica™ on 1/30/2011 10:47:00 PM No comments:

President WTF Is NO Reagan. 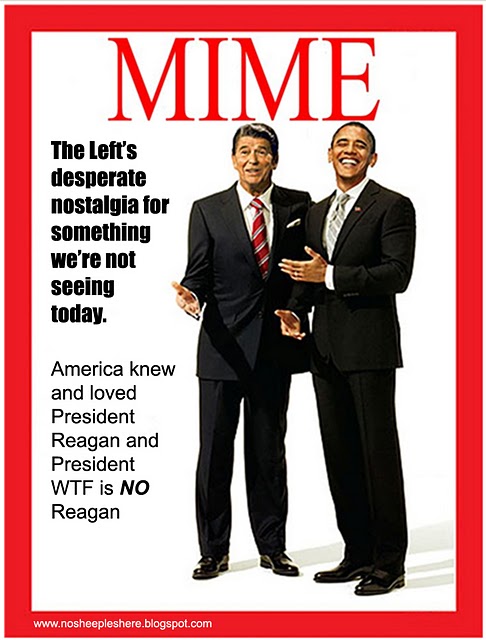 If there's anything a Muslim man fears more than Allah, it would be an original thought and a vagina.

Societies which restrict the spread of information, forbid the principle of debate, stifle education, cut off access to viewpoints which conflict with the "official" point-of-view, are societies which eventually wither and die. They are strangled by a lack of creativity, and a the inability to adapt to an ever-changing world. Societies which treat their women as livestock, and don't bother to educate or encourage them to work in a capacity other than sperm receptacle or human punching-bag, become irrelevant or simply cease to exist, eventually. 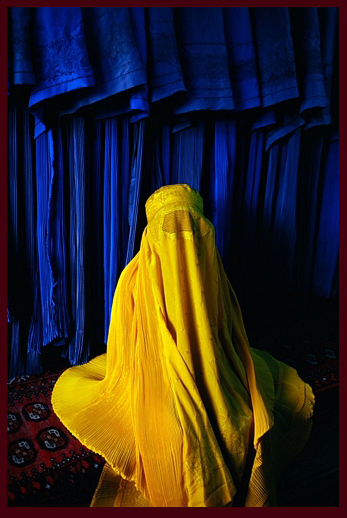 The only thing that's keeping the Islamic world relevant is that there's so damned many of them, but the ability to breed like roaches still won't save that culture and those societies from the slow rot from within. They are stale backward cultures. Hence, all the violence. They aren't allowed awareness of another way to live.


The Iranians can cite the Stuxnet virus attacks on their nuclear program all they want, the real reason they're clamping down on the internet is because it's a place where people are exposed to ideas that are dangerous. Well, that and because the Middle East is the internet rape video and donkey sex capital of the world (just ask Google).


No educated women + no political or religious dissent + no exchange of ideas + the criminalization of unofficial thought = Islam is a intellectual wasteland.


Culture, the real reason why they hate us in the West, it has little to do with religion, it's all about the culture. Our system represents cultural freedom and progress, and theirs represents a culture of repression, ignorance, violence and perpetual poverty, even as they swim in a sea of oil. The Taliban have bombed and set fire to hundreds of schools, most of them for girls. They are incapable of changing so as to match and join us in the 21st Century, so they try to pull us down to their level (that's what terrorism is all about, after all), the easier to enslave us all so that they may live off the fruits of our labors and productive, creative brains.


Productive and creative brains that got that way because we allow dissent, educate our women, and don't spend the majority of our day looking at deviant pornography.  The Whole Fundamentalist Islamic thing has less to do with religion and more about ensuring a system in which Might Makes Right and where men can lord it over women.


Because on close inspection of 21st Century Islam it becomes apparent, if there's anything a Muslim man fears more than God, it would be an original thought and a vagina.

Honestly......
I have never heard so much lying BS since I was sitting in a Deputy's patrol car, handcuffed and pants around my ankles trying to explain why the Sheriff's daughter was in my backseat, nekkid from the waist up!


Obama spoke ambitiously of putting money into roads, research, education, efficient cars, high-speed rail and other initiatives.......He pointed to the transportation and construction projects of the last two years and proposed "we redouble these efforts." He coupled this with a call to "freeze annual domestic spending for the next five years." - The AP

Obama Spends Evening Rehearsing State of the Union.....Jobs, Spending and a Little Whining Again Expected to be Centerpiece. 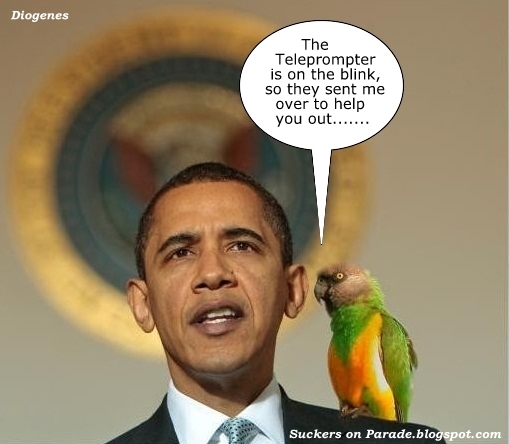 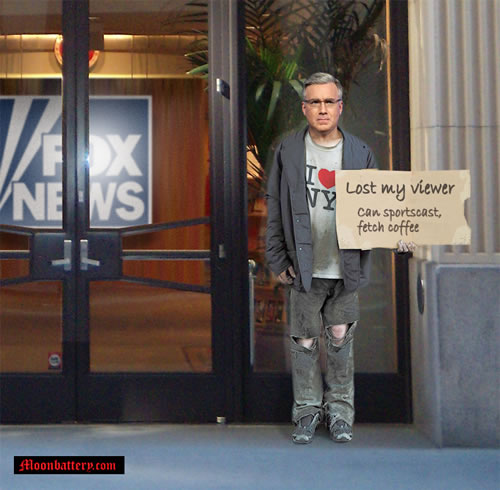 For sometime now the rumor has circulated that the more respectable NBC News (snicker) have been embarrassed by their sister network  and the overstuffed, arrogant and combative image of the MSNBC commentators, especially Keith (Bathtub Boy) Olbermann. Recently suspended for contact violation, it comes as no surprise that they canned his ass finally chose to ended their working relationship.  Olbermann's pompous, and sometime unhinged smug world-class a**hole form of presentation were more than NBC and Comcast executives could take anymore.

So, Goodnight Sir!
I know somewhere, James Thurber weeps tonight.
But, Dan Rather and Rick Sanchez are waiting in the ally for you with a bottle of Mad Dog 20-20 and a pack of Lucky Strikes. Good Times!


UPDATE:  Ed Schultz and Lawrence O'Donnell were unavailable for comment when word came tonight, as  it was after visiting hours at the rubber room lockup wing at MSNBC studios.............When contacted at her home with the news, Sarah Palin was unable to comment because of uncontrollable laughter.
Moonbats go nuts!
Democratic Underground
Huffington Post & Daily Kos

Obamas have Chinese for Dinner

President Obama and First Lady Michelle Obama host
a State Dinner for Chinese President Hu Jintao.
(Washington DC) - After a day of an embarrassing press conference and being rolled like the light weight amateur the world has come to know, Barry and Michelle got swanked up and did the one thing besides vacationing they are really good at, throwing a great dinner party for dignitaries. 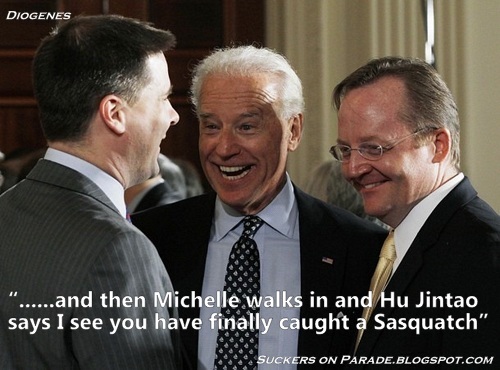 As tradition dictates, President Obama and Hu exchanged toasts.
Obama saluted the people of both countries. "May they grow together in friendship. May they prosper together in peace."

Hu raised his glass to a "stronger friendship between the people of China and the United States, because we basically own you now."

Vice President Biden gave a toast on behalf of the American people to the Chinese president in which he declared " as we move forward together in history as friends, we hold no hard feelings toward China, no need to apologize for that Pearl Harbor thing."

Shortly after the dinner was over many of the attendees were heard commenting that they were hungry again.

Nominee for Diogenes' 2011 Asshat of the Year

We are all well aware of the tragic events in Arizona last weekend and the ensuing media fallout. That brings me to my pressing question:


Who the hell is this Paul Krugman? 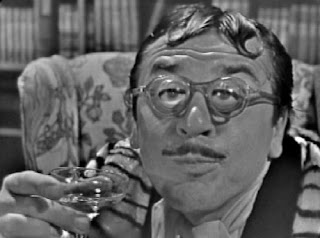 I know well who he is supposed to be: a Nobel prize winning economist, a professor at Princeton, and multi-purpose talking head whose principal media platform is a column in the New York Times, the fish wrap of choice.  And we know his kind: the ones who call out from their Ivory towers to us, the great unwashed. But seriously, for a supposedly deep thinking intellectual, Krugman just churns out nothing but boiler plate bien pensant waffle, week after week.  There's no thinking involved. It’s more like a stimulus response: add Sarah Palin here and watch the head spin. Add Tea Party here for instant spittle- flecked rant.

Middle America for the most part doesn't read the NYT, and like most people, I simply ignore this Krugman fellow.  But, his instant blog on the Arizona shootings was exactly what you'd expect from an angry wee man with a hate-on for the world he envisions in his head. You know, evil Republicans and Tea Party types seizing the country creating a climate of violence etc.

His column a day later expanded on the theme — Krugman’s people, the virtuous “left” would never do anything like that.  But it wasn’t the blog that pissed me off so much as the thought of  Krugman gleefully rushing to his computer within seconds of hearing of the attack to exploit it for the political ends. Even as the bodies of the dead were still cooling, he already knew everything, without actually knowing anything.

The left champions itself as the party of critical thinking and science, but where the hell was the scientific method in lefty pundits’ analyses of the weekends events? All I saw was post-hoc confabulation, perverse wishful thinking, confirmation bias and other types of fallacies. Zero critical thinking. Just contemptible idiocy as far as the eye could see.

The most unseemly aspect though, was how EXCITED people like Markos Moulitsas from the Daily Kos, Matthew Yglesias, etc. were......it's as if all the fresh corpses gave them a psycho sexual adrenaline rush. I hope they have toweled off all their secretions.

As for Mr. Krugman, I feel he owes some people an apology, but I hope no one is holding their breath till that happens.

The left needs to find reason and logic soon. I want to return to making fun of them in good humor and have fun at the expense of their trim, fit physiques and snug-fitting cycling shorts.

Labels: AssHats of the Year

Help Us Prevent The Next MSNBC 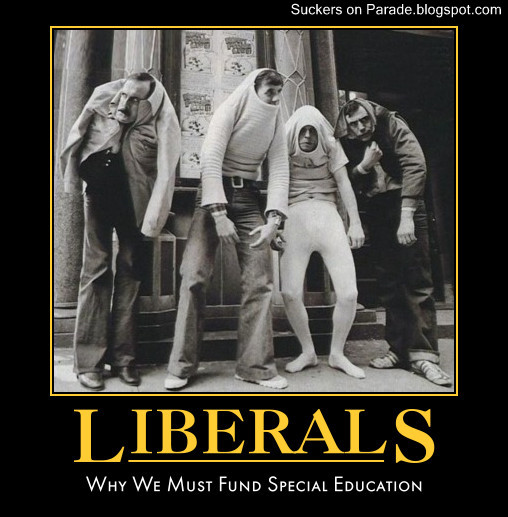