Susan Rice: We Can Prove Bergdahl Swap Was a Success

MFNS - On this weekends Sunday TV political gabfest, Susan Rice will once again take to the airwaves to defend the Obama administrations decision to release the Gitmo 5 and prove the success of the swap of army deserter Bowe Bergdahl for the five terrorist held at Guantanamo Bay. Fear arose by some that the notorious terrorist would rejoin jihad and continue to make trouble.
But Rice is set show the 5 men, with a generous grant from the US State Department (a forerunner of their Jobs For Jihadist program idea) are a shining example of the success of the Obama State Dept and their compassionate foreign policy toward Muslims. Rice says the 5 have given up their jihadists ways and adopted full tilt American style entrepreneur capitalism.
MFNS has acquired an advance copy of her talking points and a sponsorship graphic taken from one of the Middle East television's most popular shows, 'Late Night with Mahmoud'. 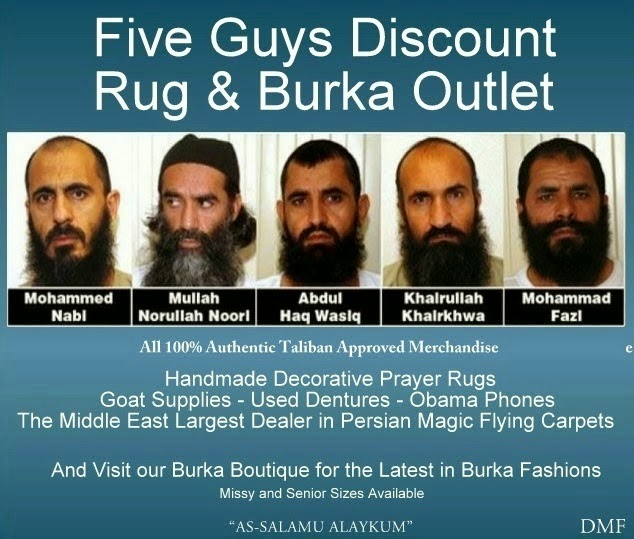 The White House has express hope the 5 would come one day to this country at conduct seminars on successful entrepreneurship in depressed areas, like Detroit and D.C.
© Posted By Diogenes Sarcastica™ on 9/08/2021 08:15:00 PM No comments:

Bottom line: it's easier to vote & harder to cheat. pic.twitter.com/p9IDQg95IK

Just When You Thought The Left's Ideas Couldn't Get Any Crazier, In Walks Elie Mystal 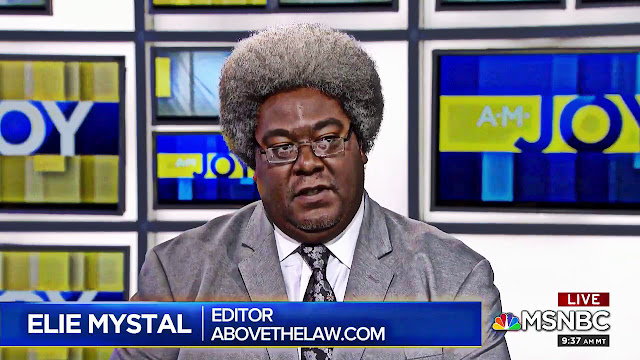 Just as sure as leaves fall in an autumn breeze, when democrats get butthurt, the crazies start jumping out of the trees. And speaking of crazies, the soft skulls at the Daily Beast tells us one of the craziest of the left, Elie Mystal, has come up with a dandy resolution to thwart the Texas abortion ban: 'Abortion Trucks'.
For those not familiar with Mystal, he's now the wild haired editor-at-large at the commie rag "The Nation" who was once kicked off MSNBC for being too crazy even for them for awhile. But since George Floyd,  the network has gone full tilt grievance industry approved, Elie is allowed once again to spew his venom and pontificate about the dangers of Whiteness.
Mystal explained to host Molly Jong-Fast on the latest episode of the Daily Beast's 'The New Abnormal' podcast that the 46* could whip out his pen and actually order mobile abortion units to Texas to circumvent the new law.
Like Ice Cream trucks, but for killing babies.

“If Joe Biden via executive order established, let’s call it a federal privacy commission, and hired a bunch of doctors and empowered them to drive throughout the country in a truck or a van enforcing privacy rights, guess what? They’d be federal officials performing their duties and thus, through qualified immunity, immune from private civil actions.....”

Of course, there is the little matter of the Hyde Amendment, which blocks federal funds from being used to provide abortions except to save a woman’s life. That’s why, Mystal says real protection for rights to kill the unborn would have to come from court-packing—because the Supreme Court and the judges in the 5th Circuit who enabled this law to go forward are batshit “crazy” in his words. And So the Circus Continues.......
© Posted By Diogenes Sarcastica™ on 9/07/2021 06:40:00 AM No comments: 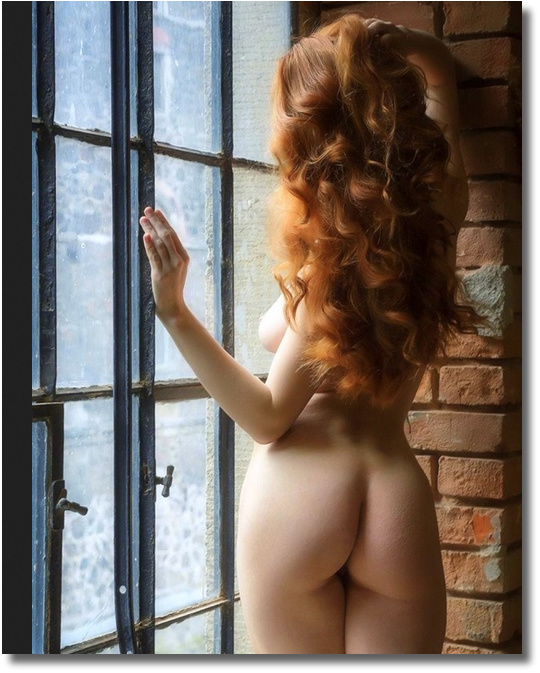 Your Beloved Blog Editrix Turns Things Over to You, the Readers.
You Say You Got Something to Say - Say It.

~ NO TUXEDOS REQUIRED ~
Brought To You By BLUESJUNKY: Middle Finger Symphony Music Chair of Music
© Posted By Diogenes Sarcastica™ on 9/03/2021 07:00:00 PM No comments: 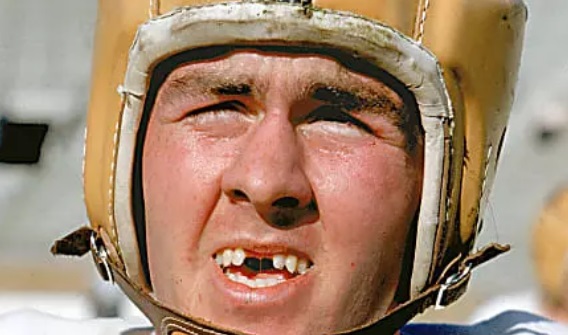 Every year in the first week of September, Americans from coast to coast set aside their differences, be it religious, political and even the personal, and join in a camaraderie second to none in all of sports, professional or amateur. No sport, not even the simpleton showboat game of Basketball, which suddenly becomes popular for two weeks in March can come close to the CFB hardcore fan loyalty. Whether as an alumni, or just allegiance to your state's team, no sport, especially in the south, draws the passion and ritual of College football.
And this weekend college football jumps headlong into their much awaited 152nd season. Let's all pray for a normal season with no serious injuries or canceled games that wrecked the 2020 season.
Not to take anything away from the 2020 National Champions, but 2020 was an anomaly.  Covid denied many teams the valued practices and the stadium atmospheres that teams thrive on and grow.  An anomaly that could very well have changed the direction of the season. An anomaly I hope we never see the likes of again.
Making individual game predictions at this point would be silly, so I won't. But I won't pass up the chance of a few thoughts on the premier conference in college football 😎, the SEC:

* Early season polls and rankings are meaningless. Until the previous year's National Champion is beaten , they are number one and everyone else is second. No one should be ranked until game four.

* I'm not buying the yearly Georgia hype.  If Sideshow Dan and the Florida Gators were to play the same schedule, they easily finish 11-1.

* Don't underestimate Kentucky or Ole Missy. They very well could be spoilers.

* Thank You Lane Kiffen for getting rid of that ugly Blue & Red uni combination.

* No team will go undefeated in the SEC this year. The losses will surprise many.

* Alabama will absolutely embarrass A&M in their own house.

* Do Not sleep on my Tigers. 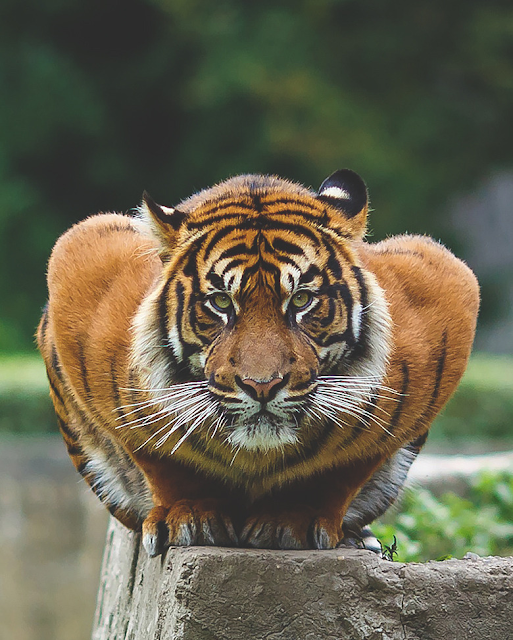