Your Beloved Editrix Turns Thing Over to You the Readers
Got Something to Say, Well Say It. But Y'all Behave!
And As Always, Keep All Weapons In Plain Sight. 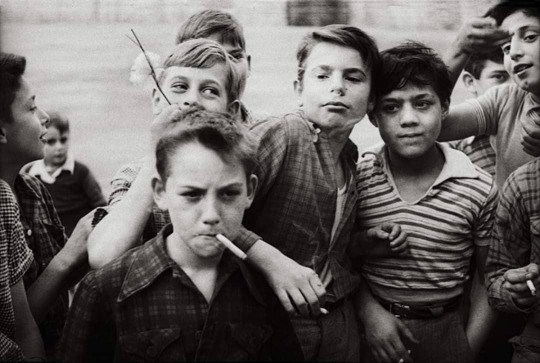 What Do You Do with a Former Spokes-Liar for a Failed Vice President? Why You Give Them a Show on MSNBC of Course. 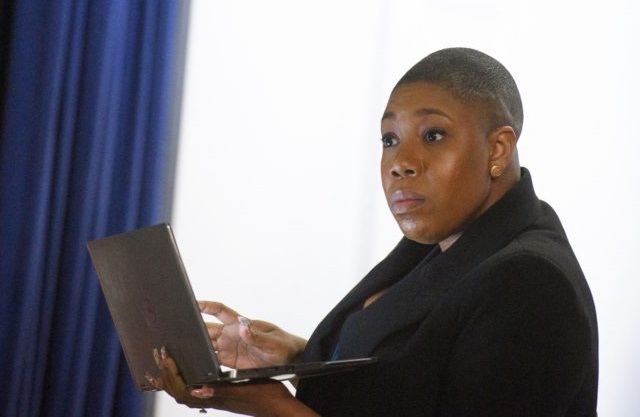 Symone Sanders is a Precious among the establishment elite. As a former press secretary for Bennie Sander (not believed to be relation) and late worked in the Biden campaign.  Sanders is one of the many escapees from the office of her Vice Fraudulency Kamala Harris, where the 32-year-old served as a chief spokes-liar and a senior advisor. But even with the full force of the establishment media protecting her, the team around Harris, which included Symone led, failed at every turn.
What kind of resume is that? You get to anchor your own cable news show because your boss failed upward?  With a short stint at CNN (insert laugh track here) as a verbose and annoying anti -Trump voice under her rather massive belt, MSNBC hired her right out of the White House and branded her new show with the unique title 'Symone'. Her weekend debut on the second rate ugly stepsister to the once respected NBC news network, was a ratings catastrophe.
Sander said she would not be using the show as a platform to spread pro-Biden propaganda. “I’m not here to be a spokesperson for the Biden administration,” she told The Hill’.  So of course her first guess was Joe Biden's primary caretaker, Doctor Reverend Professor Jill Biden.
NBC-Universal hires people who have no business being on TV and Sander will join their recent trend of hiring unattractive teleprompter challenged talking heads of superior melanin count who who are uninteresting, inexperienced, and have no audience outside a handful of D.C. morons.
[NTP]
[Breitbart]
© Posted By Diogenes Sarcastica™ on 5/10/2022 07:00:00 PM No comments: 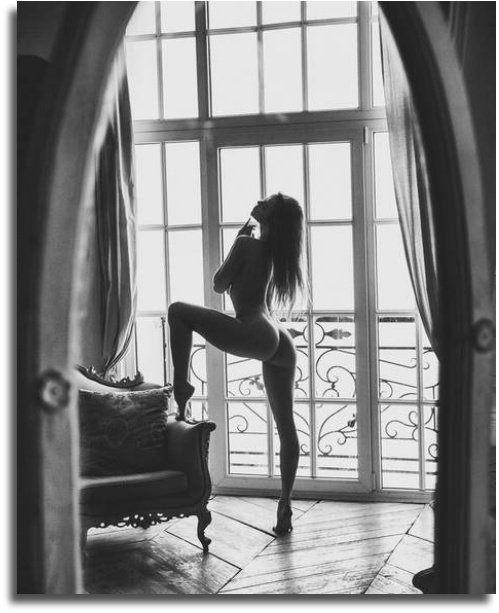 NSA Warns of Being Overwhelmed by 'Birthing Person Day' Messages

MFNS - Washington, DC-- The NSA announced Friday in a closed door meeting with the House Homeland Security Committee that the agency once again expects to be overwhelmed by the email, text and telephone traffic on 'Birthing Person Day' this Weekend.
Taking time out of the Homeland Security Committee's Jan 6th Kabuki Theater, N.S.A. director General Paul Nakasone told the committee that tracking of over 110 million text messages and emails will tax our limits of capacity for information gathering on Americans, adding to the agencies normal heavy load of domestic taps".
While General Nakasone added "while the amount of traffic intercepted may fall short of the 130 million 'Birthing Persons Sexual Partner's Day' messages collected by the N.S.A. last June during the pandemic, the NSA still has a backlog of unread messages to be read."
He added "we also collected in the neighborhood of two to three million such e-mails from angry Birthing Persons last year who failed to hear from their children."
The director stated while the agency had not foiled any terror plots in their info gathering lately, they did uncover between twenty and thirty thousand extramarital relationships.
© Posted By Diogenes Sarcastica™ on 5/08/2022 06:01:00 AM No comments:
Labels: It's Satire Baby!, Middle Finger News service

Jen Preps To Leave Cause She's Tired of Y'all's Sh*t 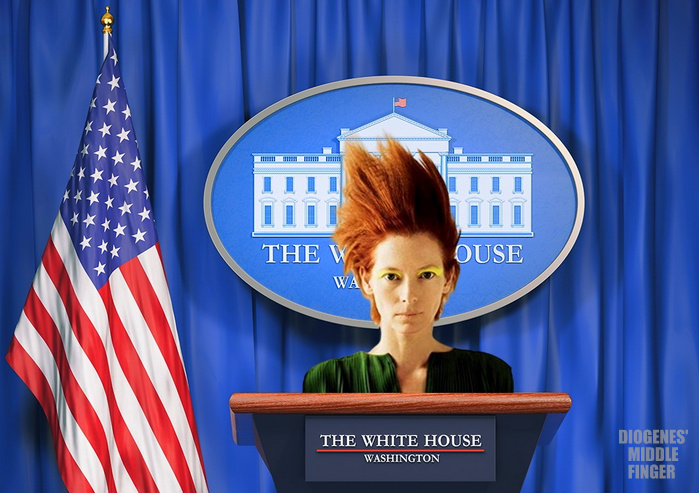 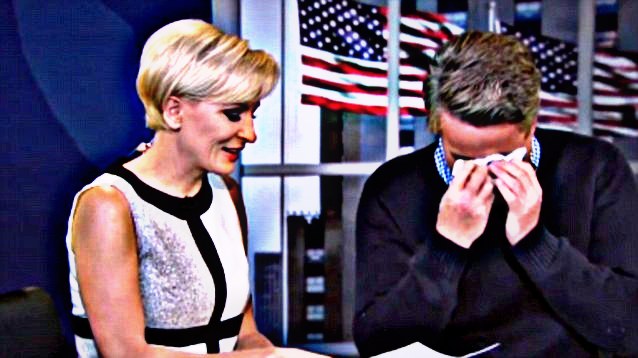 According to a new book about the Biden administration, New York Times reporters Jonathan Martin and Alex Burns document the general consensus among Democrats that Kamala Harris's tenure as vice president has been, in the words of a former Senate colleague, "a slow-rolling Greek tragedy.
It's just me, but I'm not convinced a failed former Republican congressman & spittle spewing low rated talk show host is the best political adviser I could think of.
This from WFB:

The authors note that by the end of President Joe Biden's first year in office Harris was "as politically isolated as she had ever been," and "few Democrats had confidence" in her ability to be the party's standard bearer in 2024 or beyond. As a result, Harris has grown "impatient with her own aides," whom she blamed for "letting her down." The VP even "initiated an audit of her office to make it function better." No wonder she has such a hard time retaining staff.

Martin and Burns write that, in an effort to salvage her political career, "Harris began seeking out advice from beyond her inner circle, taking counsel from longtime veterans of the Washington scene like Rahm Emanuel, the Chicago mayor-turned-ambassador to Japan, and Joe Scarborough, the congressman-turned-MSNBC star."

The reporting in "This Will Not Pass" makes clear that Biden and his team of advisers were never particularly fond of Harris, whose only highlight from her failed presidential campaign in 2020 was denouncing Biden as a racist during a June 2019 primary debate. When it came time to choose a running mate, the authors write, Harris was "neither the candidate who most greatly impressed Biden's vice-presidential search committee, nor the person his advisors saw as most immediately prepared for the presidency." That assessment hasn't changed much since the election.

According to Martin and Burns, White House communications director Kate Bedingfield was among those who privately griped that "the vice presidency was not the first time in Harris's political career that she had fallen short. … Her Senate office had been messy and her presidential campaign had been a fiasco."

"Perhaps, she suggested, the problem was not the vice president's staff."

The angry black woman in Manolo Blahnik shoes act, as well as just being an unqualified and outright unlikeable person might just have a little something to with her being such a train wreck. 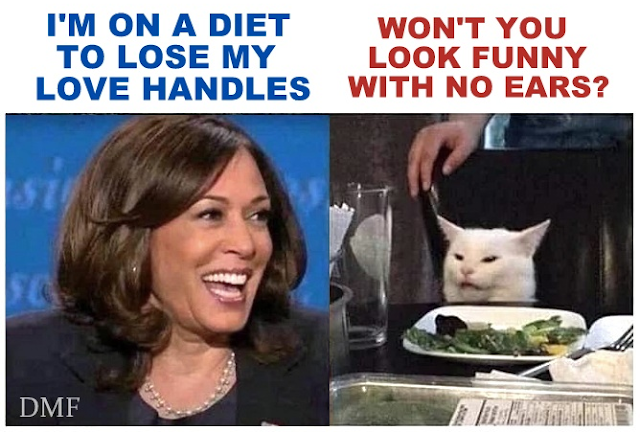 I've Always Seen It As the Ultimate Act Of Selfishness

The prospect of Roe going away has been inevitable since Amy Coney Barrett was confirmed to the Court, giving it five truly conservative justices even without the irritating John Roberts counted in the majority.
It should be understood that the pro-life forces have done everything by the book. They’ve passed laws through the legislative process in order to challenge Roe v. Wade, they’ve engaged in advocacy inside and outside of politics, they’ve invested a great deal of money into crisis pregnancy centers to convince unexpected mothers to carry children to term, they’ve worked to educate the public on the emotional and moral costs of abortion, and they’ve appointed judges through the regular process who could break down the undemocratic and shaky legal regime built around Roe.
It’s been the pro-abortion Left which has broken the rules. They’re the ones who trashed the filibuster for judicial appointments, and that opened the door for Gorsuch, Kavanaugh and Barrett to go onto the Court and make a majority for upending Roe. That their bad faith and tactical mistakes are coming back to bite them would lead to some hyper-partisan, radical liberal coward (likely connected to current or former dem minions for Biden or Barky) hand deliver the "scoop" designed to pressure SCOTUS to change ruling & serve red-meat for midterm dems, trashing two and a half centuries of tradition only continues the pattern.
And for what?
Roe v. Wade going away won’t make abortion illegal in America. Not by a long shot. What it’ll mean is that Minnesota, Massachusetts and California will have very permissive laws and allow their abortion mills to continue to operate as usual, while Texas, Louisiana and South Carolina will ban it altogether.
That’s the way the country was founded. Let the states make their own policies.
Now, some pro-life states will try to pass laws making it illegal for their citizens to go elsewhere to have an abortion. That’ll be messy, and ultimately I’ll say it won’t work. I certainly understand the moral imperative in the pro-life movement to stamp out abortion everywhere, seeing it’s murder, of course you’ll want to put an end to it. Politically, though, that’s likely going to be a bridge too far.
And you’ll have the usual virtue-signaling and cancel culture on the Left. California will refuse travel by state employees to pro-life states,  and you’ll probably see government pressure for New York banks to punish red states by refusing to finance bonds anywhere abortion is banned, and so forth. Power to the Correct People! Right?
These things are unpleasant, but honestly even that is better than what we currently have, which is something significant majorities in red states believe is a manifest evil being imposed on them by Washington DC through a poorly-reasoned Supreme Court decision.

The ruling hinges on a dubious reading of the due process clause and previous rulings supposedly promising a right to privacy. Blackmun was clearly stretching to reach an outcome he thought would be modern and On The Right Side Of History

Liberal Elites Gather for Annual "Who Can Look Most Ridiculous" Gala.

The Beautiful People gathered in the liberal's capital of NYC last night for a reason no one really knows what for. Actors, Politicians, Sports Figures, Designer and talentless Artist and Entertainers, some dressed like former clowns for Ringling Bros, others look as if they raided a drag show dressing room,  gathered to drink themselves out of reality and to convince others they are still relevant.
Soon to be former Majority Leader Chuck Schumer absolutely dazzled in a
'Globberstein' Blue Chiffon gown by designer C. Jovan of the House of Globberstein. 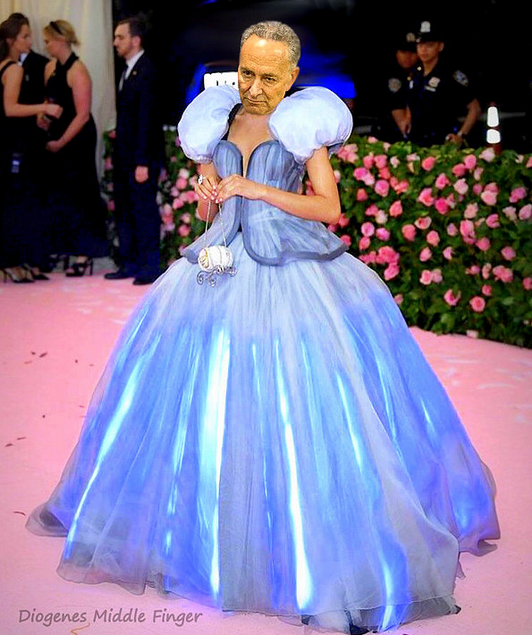 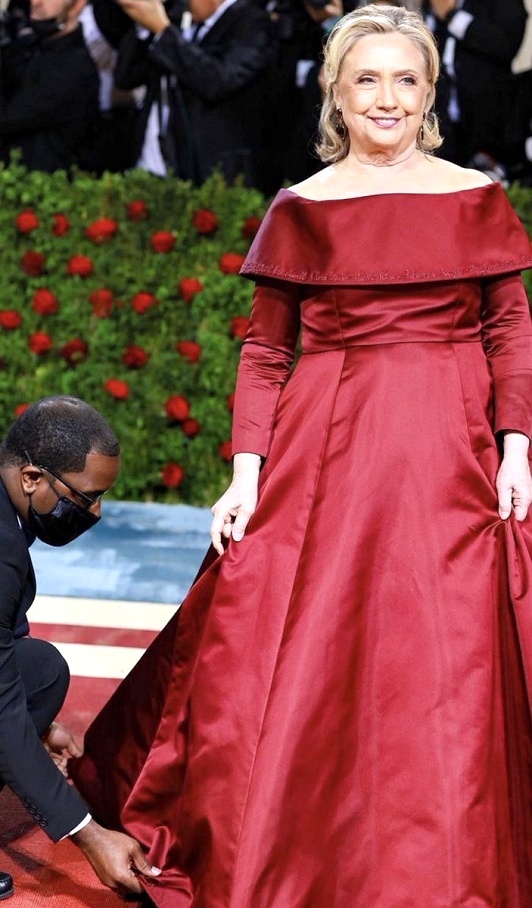 I'll save you from the rest as it got just more and more ridiculous.
You don't want to see.  Believe me on this one.
~ Thank You MJA@IOTWReport for the Linkage! ~
© Posted By Diogenes Sarcastica™ on 5/03/2022 04:31:00 AM No comments:
Labels: Liberal Clown Show 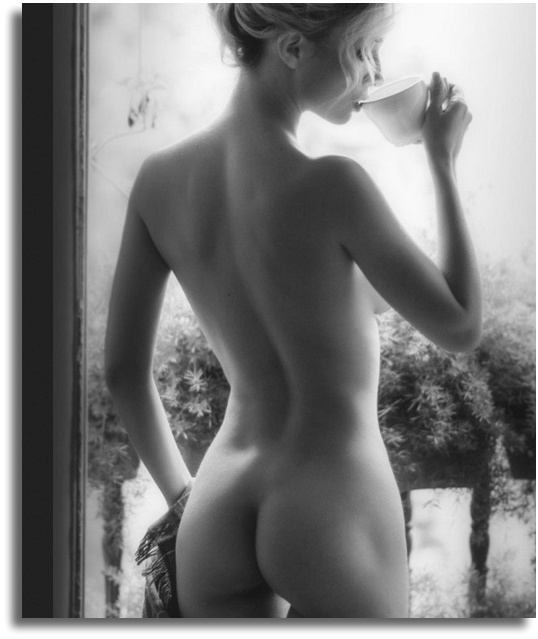