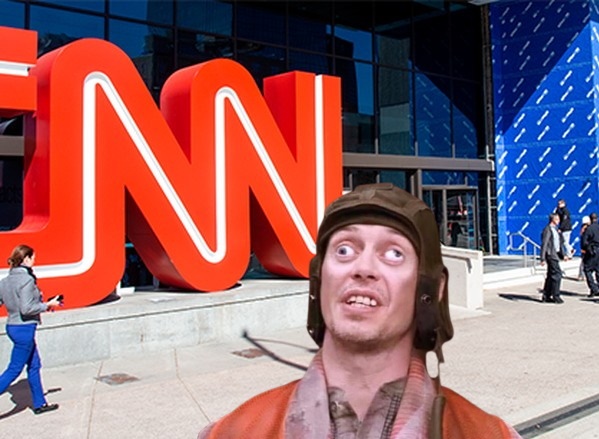 A Russian Foreign Ministry Lady has delivered a sharp kick to the groin of CNN after the alleged news network used a misleading month old video to illustrate an article about Russia’s purported war preparations.
In a message to the network, worthy of a most excellent Snark Mistress, she wrote:

"Dear CNN TV channel and its staff. We realize that you have no time for fact-checking, since you’re so immersed in ideological struggle for the triumph of liberalism,  but to present Ukrainian tanks at a Ukrainian train station, with Ukrainian train carriages in the background, as Russia’s preparations for war is a bit too much."

But she wasn't through with them. Seems she's fully aware of the network's reporters propensity for vodka shots and Hot Russian babes:

"Perhaps CNN correspondents in Moscow should devote more time to their professional duties rather than focus on participating in public night life in Russia."