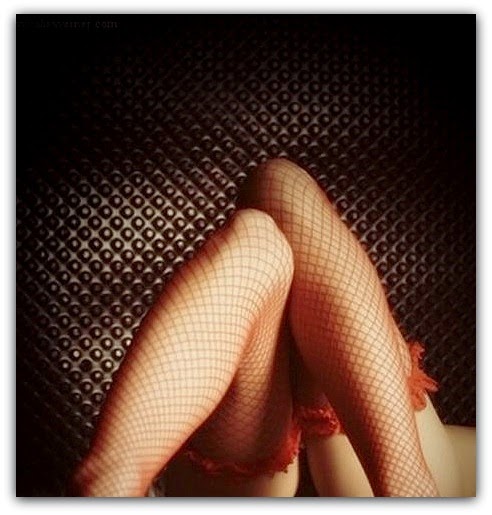 The Reviews are in....Yeah, it Sucks.

These Amazon reviews for Hillary Clinton’s new book are HILARIOUS

"The black flags of al-Qaeda are flying over Mosul, Iraq’s second largest city, just as they do over Fallujah. Al-Qaeda affiliated militants are now pressing their offensive into other parts of western Iraq and possibly beyond. This growing threat to our national security interests is the cost of President Obama’s decision to withdraw all of our troops from Iraq in 2011, against the advice of our commanders and regardless of conditions on the ground.

Unfortunately, the president is now making the same disastrous mistake in Afghanistan, increasing the risk that al-Qaeda and its terrorist allies will return there just as they are in Iraq...."

"The president needs to explain to Congress and the American people how he plans to address the growing threat to our homeland and our national security interests posed by the rapidly expanding al-Qaeda safe haven in Iraq and Syria" - Bridget Johnson, PJ Media

Mr. Hoyer, what's "dysfunctional" is a political party that ignores its own party's president usurping Congressional authority as he enacts more major executive orders than any other president in history, orders well outside of executive branch prerogatives.

What's dysfunctional is a political party that is utterly silent in the face of its party's president lying and covering up to the nation on various scandals such as Fast and Furious, Benghazi, the IRS abuses, ignoring the law on the Gitmo releases, etc. any one of which you'd impeach a Republican president for.

What's dysfunctional is a party which is perfectly content to watch its president abuse his power all because its more important for your party to hold and hopefully (to you) keep the White House than that power be held and used honorably, with integrity and as the constitution allows.

What's dysfunctional is a party continuing to defend the most unpopular piece of domestic legislation in a generation, Obamacare, and probably the most damaging to the economy and to American healthcare, and to continue to march in lock step in spinning and misrepresenting the effectiveness of the law while the data continues to pile in showing it to be an utter train wreck.

What's dysfunctional is continuing to provide full back up to the president's lying about this law and continuing to allow him to arbitrarily implement and interpret it on the fly as he pleases and as dictated by political necessity despite the CLEAR INTENT OF THE LAW, changing implementation dates, employer penalty provisions, etc. and not uttering a peep as he acts as both president and legislature in doing so.

Dysfunction is looking away from such presidential abuses and marching in lock step rather than exercising COURAGE to call him on his outrageous behavior, much of it driven by political expediency as he sees it and the need to bring up his poll numbers.

Dysfunction is not holding errant leaders accountable as the people of Virginia's 7th district did yesterday. It's refusing to hold them accountable because you're all so enamored of your power that you can't possibly criticize your own president because to do so might help the other side take away the precious power that's become the thing you're most loyal to, and obsessed with, rather than loyalty to your constituents, your oath of office and most of all to your nation.

Down And Out In Chappaqua 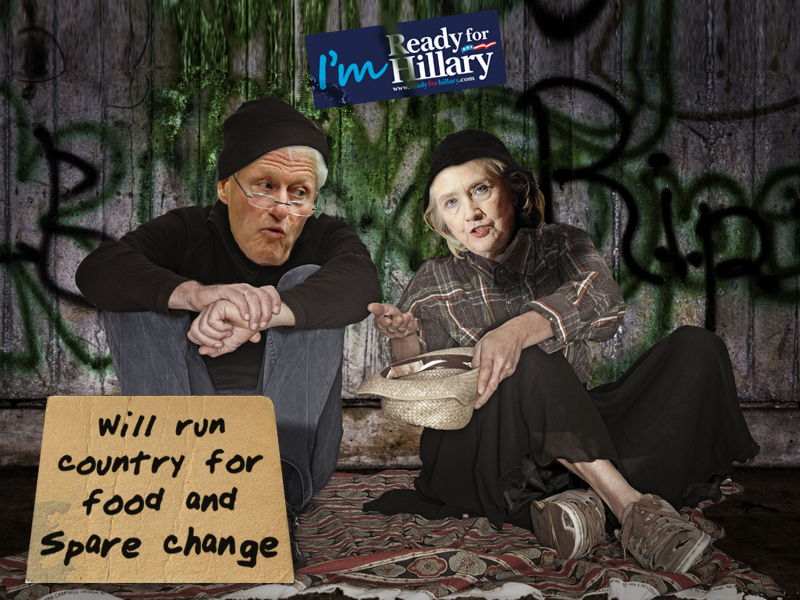 Hillary Clinton likes to present herself as an everywoman, facing the same challenges that bedevil all families, living in sync with their trials and tribulations, overcoming adversity as we all try to do. The latest iteration of her wish to downplay her wealth so as to be just plain folks was her bald assertions to Diane Sawyer that she and Bill were “dead broke” and “in debt” when she left the White House, struggling to “you know, piece together the resources for mortgages for houses, Chelsea’s education, you know, it was not easy.”

* Even before they left the White House, their joint income for 2000 was $359,000, scarcely in the “dead broke” category, particularly when you consider that the Clintons had none of the normal expenses that the rest of us do. Housing, cars, child care, insurance, electricity, landscaping, health care, these are all covered by the taxpayers. All they had to pay for was dry cleaning, food and college tuition for Chelsea. Most people could make that work.

* She signed a book contract with an $8 million advance in the closing weeks of Bill’s presidency, and Bill inked a $15 million deal at about the same time. She got over $2 million of this in 2001. Is that dead broke?

* The Clintons bought a house in September of 1999 in Chappaqua for $1.7 million.

* In December of 2000, they also purchased a $2.85 million house in Washington, D.C., before Bill left office. Do people who are dead broke and in debt do this?

* Chelsea, had graduated from college by the end of Bill’s term and her tuition for graduate work at Oxford for the year 2001 could not have been too burdensome for a family that would earn $16 million that year.

So why does she do this? Why make up stories of poverty when they were verifiable multi-millionaires? Does her need to misrepresent her circumstances on the public stage bespeak a fundamental disregard for the truth and a confidence that she can manipulate our feelings as surely as any soap opera actress?

Hillary has always felt the need to adjust the truth of her extraordinary circumstances — up or down — to suit her political needs of the moment.

Homo Destructus out of natural habitat

It’s hard to deny just how poorly Chicago’s public schools are performing when it hits you in the face. Such is the case with Paul Robeson High School’s 2014 prom theme:
"This Is Are Story" 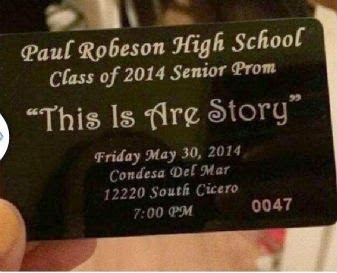 That image came from veteran investigative reporter Chuck Goudie, who posted this image on his Facebook page.

Some people might enjoy mocking the irony of the gross misuse of vocabulary. But unless the organizers of the prom festivities planned the wording this way as a joke, there’s nothing funny about the situation.

Paul Robeson High School is located in the Englewood neighborhood on Chicago’s South Side, one of the poorest and most dangerous neighborhoods in the city. The high school also is part of the failing Chicago Public Schools, or CPS, system.

Four out of 10 CPS freshmen do not graduate.

If they do graduate, 91 percent have to take remediation courses in college because they do not know how to do basic math and school work. Just 26 percent of CPS high school students are college-ready, according to the ACT subject matter tests.

But while CPS students get left behind, their teachers receive generous compensation.

Who says Russia is not returning to its old ways? Here is proof of its nostalgia for the good old days of the Soviet Union: the city name "Stalingrad" is about to be resurrected.
The proof is on the symbolic level, perhaps the best indication of the breadth and depth of this nostalgia, and of all that it represents. 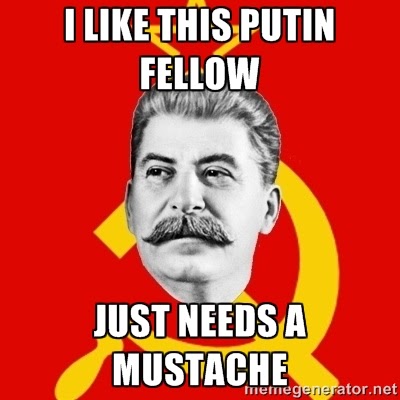 The leftists at the Guardian -- a long-time outlet of the Ministry of Truth -- tell their readers that this proposed name change is about The Great Patriotic War, not about Stalin. But who are they kidding?


"For more than 300 years, the Russian city of Volgograd was known as Tsaritsyn. It was dubbed Stalingrad in honour of Soviet leader Joseph Stalin for a mere 26 years, but then his successor Nikita Khrushchev dropped that name as part of his campaign to dismantle the personality cult of the former dictator.

Now the city may become Stalingrad once again after president Vladimir Putin proposed holding a referendum to change the name amid a wave of second world war patriotism over eastern Ukraine. When asked by a Soviet veteran during D-day commemorations in Normandy on Friday, Putin promised to help the city's residents vote on bringing back the Stalingrad name. "It wasn't me who canceled that," Putin told the veterans...."

"...Several other prominent politicians, including deputy PM Dmitry Rogozin and Communist party leader and MP Gennady Zyuganov, were quick to put their weight behind the possible name change. But Putin's support is what is likely to move the initiative forward in Volgograd, which is one of Russia's largest cities with more than 1 million people."

A Peek Inside the Obama Family Photo Album 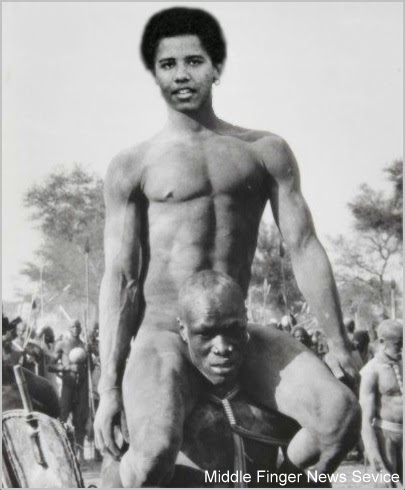 How to Stay out of Trouble