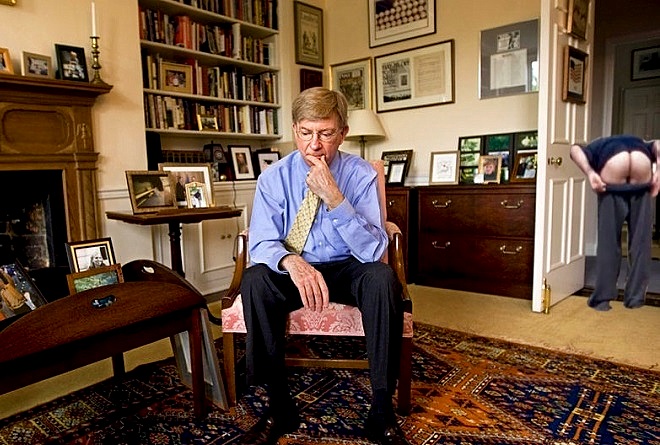 Anyone over the age of 30 would probably recognize his name. I once myself admired him not just for the fact we shared a common passion, the game of baseball, but for what I learned from his intellectual and often stiletto defense of conservatism and the Reagan years of America, as well as his ability to neuter liberal lunacy.  But like so many formerly respected people on the right, the Pulitzer Prize-winning newspaper columnist, journalist, and author fell victim to Trump Derangement Syndrome.  He now has sadly come to sound gaseous, smug and irrelevant, reduced to conversing with the intellectually challenged as a guest on MSNBC. Any hope he would redeem himself and come back into the light seems lost with a scathing Op-ed attack on Mike Pence.

via Chicks On The Right:


"Donald Trump, with his feral cunning, knew. The oleaginous Mike Pence, with his talent for toadyism and appetite for obsequiousness, could, Trump knew, become America’s most repulsive public figure. And Pence, who has reached this pinnacle by dethroning his benefactor, is augmenting the public stock of useful knowledge. Because his is the authentic voice of today’s lickspittle Republican Party, he clarifies this year’s elections: Vote Republican to ratify groveling as governing."


"Last June, a Trump Cabinet meeting featured testimonials offered to Dear Leader by his forelock-tugging colleagues. His chief of staff, Reince Priebus, caught the spirit of the worship service by thanking Trump for the “blessing” of being allowed to serve him. The hosannas poured forth from around the table, unredeemed by even a scintilla of insincerity. Priebus was soon deprived of his blessing, as was Tom Price.

Before Price’s ecstasy of public service was truncated because of his incontinent enthusiasm for charter flights, he was the secretary of health and human services who at the Cabinet meeting said, “I can’t thank you enough for the privileges you’ve given me.” The vice president chimed in but saved his best riff for a December Cabinet meeting when, as The Post’s Aaron Blake calculated, Pence praised Trump once every 12 seconds for three minutes: “I’m deeply humbled. . . . ” Judging by the number of times Pence announces himself “humbled,” he might seem proud of his humility, but that is impossible because he is conspicuously devout and pride is a sin.

Trump is what he is, a floundering, inarticulate jumble of gnawing insecurities and not-at-all compensating vanities, which is pathetic. Pence is what he has chosen to be, which is horrifying."

What an illuminating assemblage of defecation. Or as a commoner would say, a flaming pile of crap.  This is the most intellectual masturbatory things I have ever read from Will, verbose for the sake of verbosity. If I didn't know better, I'd say this was a parody of what a “leftist intellectual” sounds like in the throes of depression. Sadly, he meant every word........


* Thank You MJA for the Linkage! 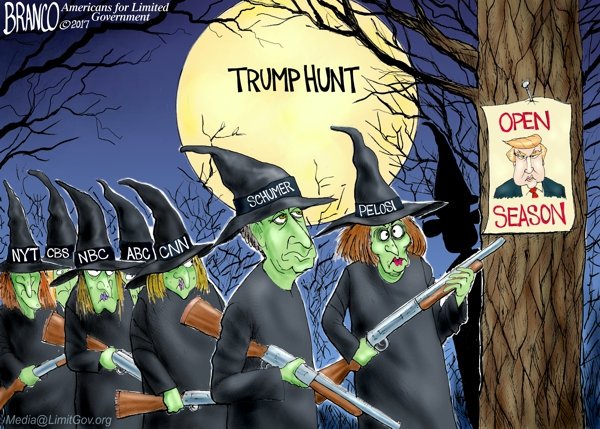 "I have heard about 'Witch-Hunts' all of my life. When I was a small child, Senator Joe McCarthy (R-Wis.) and the House Un-American Activities Committee were said by the left-wingers to be on a 'witch-hunt' for Communists in the government. That's what the left alleged against Richard Nixon when he was a young Congressman from Yorba Linda, too. The allegation was a bit misleading, though, because as far as we know, there are no such things as witches. There's Maxine Waters and Nancy Pelosi and they are not nice, but no one could prove that there are even such things as witches, let alone that there are witches in high office......"

"Now, we have a new kind of witch-hunt going on against the administration and the person of Donald Trump. The allegation is that there was some kind of control of the 2016 Presidential Campaign exercised by the Russians and that the control ran by some kind of collusion between Russia and Donald Trump. And now, with the appointment of Mr. Mueller as a Special Prosecutor in this case, we see a REAL witch-hunt hit high gear. This one is a REAL witch-hunt because there is no evidence at all of any kind whatsoever that there was any collusion with the Russians by Trump. There is no evidence that the Russians controlled Trump or anyone in his campaign. "It's all about a fantasy. So, now we have a hunt for something that is non-existent, as far as anyone knows." — Ben Stein

So here we are: Democrats are latching onto the smoke Trump created because he couldn’t stand that people simply wouldn’t recognize there was no fire. But we should always return to the simple, bottom-line fact: there’s still no fire.

But I remind you of what Barack Obama's Campaign Manager and Democrat Strategist once said: 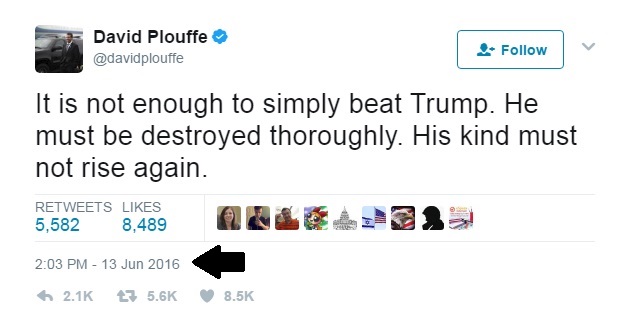 Ladies, Don't Be Swapping Spit and DNA with #NeverTrumpers!

I ran across a column hilariously titled “Why You Should Not Have Sex With Girls Who Hate Donald Trump ” on a blog titled 'Return of Kings' by  Rooch V., self-proclaimed 'King of Masculinity'. He's an expert pick-up artist, cock hound, and author of books on misogyny, who by the way literally lives in his mom’s basement, and encourages his followers to not have sex with women who do not like Donald Trump.  Quite frankly,  I find myself in a bit of quandary agreeing with a well known misogynist who looks like an Arab terrorist and lives in a hole underneath a house. But I too don't think these people, male or female, should have sex, ever, period.
From Roosh's column:


"While Donald Trump is far from a perfect Presidential candidate, he represents ideas of beauty, tradition, truth, and nationalism. It’s not surprising that those who hate him and protest at his rallies represent the polar opposite: ugliness, degeneracy, lies, and globalism, though mostly ugliness. The women you see at anti-Trump rallies are awash in obesity, masculine behavior, and utter repulsiveness. For this reason, I recommend that you completely stop having sex with Trump haters....."

Roosh explains, “Good women don’t hate Trump.” He also explains this by way of describing his current “girlfriend” who doesn’t hate Trump, and is “good.”


"I’m currently dating a girl who is apathetic about Trump. She doesn’t love him but doesn’t hate him either, and finds him more entertaining than anything. From that, you can correctly guess that she is feminine, thin, and sweet-natured......"


He also gives the guys some valuable pick up lines to help weed out the Trump Hating wenches from us beautiful Trump Babes:
So ladies, please take some unsolicited advice.......don't have relations with male #NeverTrumpers. It could lead to horrible arguments at Thanksgiving Dinners at your taxpayer subsidized housing over a government guaranteed equitable size for all turkey. We have enough little commie globalist running around on college campi now. We don't need you breeding anymore of them.