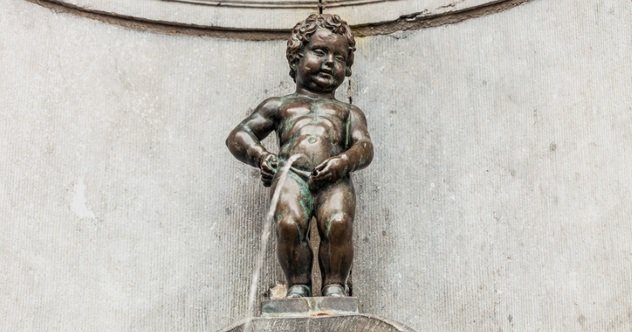 As one writer for RedState suggested, Joe Biden couldn’t have done a better job importing illegal aliens at a record clip if he had ordered one-way people-movers installed along the border, hired mariachi bands to welcome what democrats view as future-democrat voters, and put together festive parties with piñatas for the kids.
And now we see Yahoo News reported the Biden administration plans to spend millions of dollars of your tax money to cover the cost of lawyers for illegal aliens.
Read that last sentence again.
Not only do 46* and the democrats want you to like it — or lump it — as the steady flow of illegal aliens, many covid carrying or pregnant continues virtually unabated; they also want (expect) U.S. taxpayers to foot the bill for legal fees after they enter the country like a victorious invading army and flaunt U.S. immigration law after being encouraged with the promise of free healthcare during the primary debates.

In a White House Fact Sheet titled "The Biden Administration Blueprint for a Fair, Orderly and Humane Immigration System" it states:

"The United States can have an orderly, secure, and well-managed border while treating people fairly and humanely."

Really, Joe? Shipping COVID-positive illegal aliens around the country, often against the will or knowledge of state and local lawmakers, makes for an “orderly, secure, and well-managed border”? Which part? And the “treating people fairly and humanely” part? Which people? American citizens or illegal aliens?
It gets even better. The $15 million part:

The $15 million in funding would only be enough to cover several thousand people, according to a study from the Heritage Foundation, a conservative think tank. Immigration lawyers charge between $150 and $300 per hour. Over the past four months alone, 190,000 people illegally came across the southern border with a family member, and another 64,000 unaccompanied children arrived in America.

The cost to the federal government of providing lawyers for those 250,000 family members and adults, at the $2,000 rate, would be approximately $500 million.

Other than never, when was the last time you saw the democrat Party ask taxpayers to fund only a small portion of an already-known much larger total?
Bend Over and Smile Taxpayer!
~ Thank You WHATFINGER NEWS & MJA@IOTWReport for the Linkage! ~

Bend Over and Smile. The Emergency Covid Bill is Finally Here

After months of Democrats delaying tactics to win an election, a COVID Relief bill has finally passed congress. A bill so large it had to be rolled into the capital on a cart.  Now that the details are seeping out we find out the years people spent getting political on warring sides, dividing this nation socially is now shown to be misspent energy.  With this bill both parties are now seen as corrupt and venal entities.
Thinking there is a significant difference between these avaricious bodies is foolhardy. For months these bickering brigands were posturing as if they were desperately hammering out aid for the citizenry. In fact, it is a just budget bill that has the relief bill spot-welded to it in order to justify the wasteful payouts. The two bills had been connected so the House voted to avoid the normal 72 hour period to vet the content. This was done in order to pass this like the fecal matter through the proverbial goose, much like they did with Obamacare.
There is so much unneeded and wasted handout in this fiasco of a rescue that you will be asking for the riots that were tearing apart Portland for months to be unleashed inside the beltway.
This relief bill should have consisted of a single page — a dollar amount, and a sum delivered. Done.
Included in this new bill are the paltry $600 checks to be sent out that amounts to only $200 billion of the $900 billion bill. There are other needed assists in the bill, like $325 billion aimed at small business relief, and another $125 billion is paid out for unemployment benefits.  But this bill will do little to save the nation's second largest employer, the restaurant business. In total these payouts amount to roughly $600 billion, so where is the rest of this payout going?
For starters, the politicians saw fit to include not only illegal immigrants in the payouts this time around but also their family members. They also made this payout retro-active, so those who had been excluded in the first relief package will receive that payment as well. This translates to non-citizens becoming eligible for a $1,800 payment.
And remember the The Kennedy Center for the Arts? They got a cool 25 Mil. last round of covid relief,  and then shuttered the doors. Yeah, they got 40 Mil. this round. You can Read More about the details, but I warn you of potential indigestion if you do.

Joy has actually said something sensible. Problem is, dems don't roll like that. Cramming bills with their agenda items that couldn't pass by themselves is their MO. That's why they've blocked the "Line Item Veto" for 50 years.