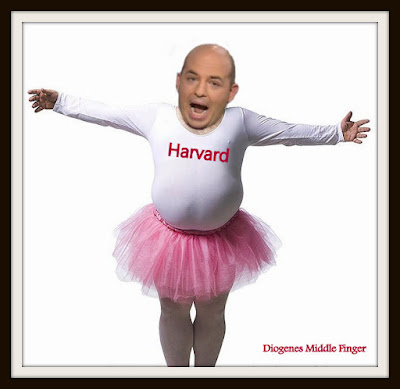 NB - Harvard University announced Monday that its far-left Shorenstein Center on Media, Politics and Public Policy at the Kennedy School of Government had inked former CNN host and failed liberal media apologist Brian Stelter as its Fall 2022 Walter Shorenstein Media and Democracy Fellow.
Harvard explained that Stelter’s role will consist of “convening a series of discussions about threats to democracy and the range of potential responses from the news media.” In other words, it’ll consist of discussing why Fox News, conservative media, and conservative Americans are a threat to both the country and national security.
~ Thank You Larwyn's Linx@ Doug Ross Journal for the Linkage! ~
© Posted By Diogenes Sarcastica™ on 9/12/2022 10:23:00 PM No comments:
Labels: Tater Stelter 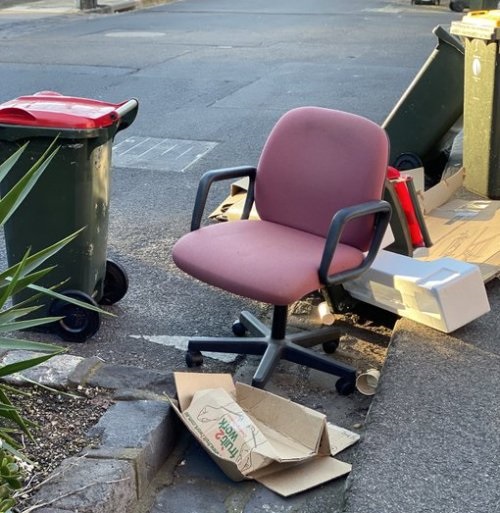 CNN gave Tater Stelter his marching orders last Wednesday and canceled his little Sunday show. #BoycottCNN was trending Sunday, but that may not even be necessary. Because really, who is even going to bother watching? As desperately as the pundit class wants to believe in it, there just isn't some massive untapped audience of Rockefeller Republicans, and those that do exist are probably already watching.
Most people watched just to see if Tater's bulbous noggin would explode.
CNN as a network is to cable news what Yahoo! is to news aggregators, what the Labour Party is to British politics, what the Cubs are to Chicago sports. An also-ran with no clear sense of identity, no purpose, and no real reason to exist.
© Posted By Diogenes Sarcastica™ on 8/22/2022 07:16:00 PM No comments:
Labels: CNN, Tater Stelter

H/T DMFer WDS for the Link!

Brian Stelter just got called tf out by a college freshman for every major hoax CNN has pushed.

His response was “that’s a popular right-wing narrative.”
pic.twitter.com/bOvE9wDiAD

They Picking on Tater again

Tater Stelter, a grown man with what can only be assumed is a full-time job, actually felt it worth his time to respond to being called a name by a rival news network. And not just that, but to try to snarkily hit back.  And as he has failed to learn, he is no Diogenes, and his feeble attempts always backfire disastrously. His attempt to retort with a witty insult himself, he unwittingly admitted he was indeed a “useful idiot.”

You are more like clueless, but far from useless.👍 pic.twitter.com/TiVkBwoXgy

This was a self-own in more ways than one, as Fox News has long beaten out CNN when it comes to ratings, so one really has to wonder what on earth he was thinking when he voluntarily drew attention to Fox’s ratings and called himself a “useful idiot” in one fell swoop.
But many of Stelter’s tenderhearted viewers however were kind enough to soothe his bruised ego with the fierce loyalty of a mother whose child just got teased at school and rushed to insist that he most certainly was not an idiot, and those bullies at Fox News were probably just jealous.
[Western Journal]
H/T Konan the Bar Baron
~ Thank You WHATFINGER NEWS and
Larwyn's Linx@ Doug Ross Journal for the Linkage! ~
© Posted By Diogenes Sarcastica™ on 11/09/2021 07:35:00 PM No comments:
Labels: Media Monkeys, Tater Stelter

It amazes me that of all the people who should be offended by the present atmosphere of censorship, members of the news media, should be shouting "foul" from the mountaintops.  It just proves once and for all that truth and freedom are taking a back seat to ideology and political parties, as if they think no one notices. And as for the claim that CNN has not played part in trying to deplatform their competitors, Tater Stelter just flat out lied.
© Posted By Diogenes Sarcastica™ on 2/01/2021 05:25:00 PM No comments:
Labels: Caustic New Network, Tater Stelter 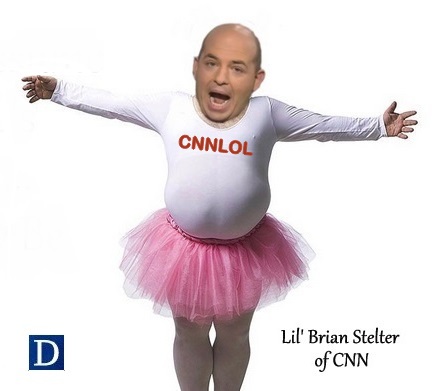 In an industry where the sum total of testosterone would fail to equal that found in a single 19-year-old paratrooper, CNN’s Brian “Tater” Stelter stands out as an example of how a fat, balding guy can try to pull off an androgynous look and fail miserably. Ostensibly a “media analyst” with a show named, hilariously, “Reliable Sources,” Stelter was arguably saved from anonymity by political satirist Mark Dice.

For the past four years, Stelter has had two fetishes: he pushed every hare-brained Russia Hoax allegation that appeared anywhere, and he hates Fox News, in particular, Sean Hannity and Tucker Carlson, with the heat of a thousand lumps of burning soy product.

Stelter has a new book out, HOAX: Donald Trump, Fox News, and the Dangerous Distortion of Truth, in which he undertakes the role of a one-man Truth Commission to attempt to discover why Fox continually kicks CNN’s ass in ratings. As you can see from his Amazon blurb, the answer is Sean Hannity:


"CNN anchor and chief media correspondent Brian Stelter tells the twisted story of the relationship between Donald Trump and Fox News. At the center of the story lies Sean Hannity, a college dropout who, following the death of Fox News mastermind Roger Ailes, reigns supreme at the network that pays him $30 million a year."

To promote his book, Stelter writes a preview of the book in Vanity Fair. It includes this bit about were Stelter’s whines about being punked by Sean Hannity, his sole encounter with his bête noire:


"I ran into Hannity at a holiday party hosted by the TV-news tracking website Mediaite. Hannity greeted me by putting both his hands on my shoulders and exclaiming: “Humpty!” His nickname for me was Humpty Dumpty. I asked if he ever felt bad about the name-calling.

“No,” he said. He took his hands off my shoulders and moved toward the bar."

Self-deprecating humor is one thing, but there are stories men just don’t tell about themselves. I know we’re living in an age where masculinity is out of fashion, but this seems to be taking it a bit too far. It would be humiliating enough to be publicly ridiculed and demeaned in that fashion in front of friends and colleagues. But to write a whiny, sniveling…adjectives fail me at this point…plea for sympathy, a transparent attempt to try to get all the cool kids to tell him that they all think he was the bigger, more rotund, person than Hannity by being publicly crapped on and dismissed is just sickening.

But this is quintessential Tater. This is just who he is.


~ Thank You WHATFINGER NEWS & MJA@IOTWReport for the Linkage! ~

Tater is Upset People Being Mean to Joe Biden

After the last four years, either Tater's been out in the sun too long or this is the worst case of lack of self awareness this year so far........

Note to Tater: Biden on a bicycle is nothing to hang an argument on that he's mentally fit to be President. My neighbor's four year old who can't tie their own shoes and doesn't know when his pants are on inside out can ride a bicycle!