Well, That Didn't Take Long At All

I suspected it would take at least one day or so before the 'False Flag' aficionados would slime the Internet with their usual brain droppings, but I was wrong. They were caffeinated up and working all night. But even Alex Jones won't touch this one. Here is one of the better ones I ran across early this morning: these are people who first put out the story no one died at Sandy Hook (you know, the one with all those fake funerals and actors as grieving families)......

State of the Nation:


Obama Does Dallas To Distract From Comey Debacle

"Hey, let’s first kill two innocent black minorities in cold blood as a pretext to conduct a blackop to kill five policemen and wound 7 others.....The “False Flag PSYOPS” never stop and will only intensify until the election, if there even is a presidential election!

Obama, Clinton et alia absolutely had to distract, divert and misdirect in the wake of the unparalleled damage that FBI Director James Comey has inflicted on the FBI, on the Justice Department, and on the Obama Administration.

TPTB know full well that the only way to effectively distract from such an overwhelming political bloodbath (Comey’s performance in Congress) is to outdo it with a real bloodbath.

SOTN is extremely sorry to say that we warned exactly about this predictable eventuality. And so it has come to pass in Dallas.  Here’s a screenshot from our last article posted before the Dallas police slaughter during the early morning of July 7th."

"Now all of this just happens to take place on the very day that FBI Director James B. Comey is giving the most deceptive, deceitful and dissembling testimony ever publicly rendered to the US Congress.  Yes, it was a bloodbath to end ALL political bloodbaths. Couldn’t get any worse … unless, of course, Comey had fallen on his sword (a real steel sword) right there in front of millions of viewers in living color—RED!

Then Obama decides to do Dallas … AHH, not that far from the site of the Kennedy assassination."

You Can Read More of This Nonsense Here if You Like.

A Hillary Clinton Presidency in One Simple Illustration

Donald Trump Meets With Those Other Guys 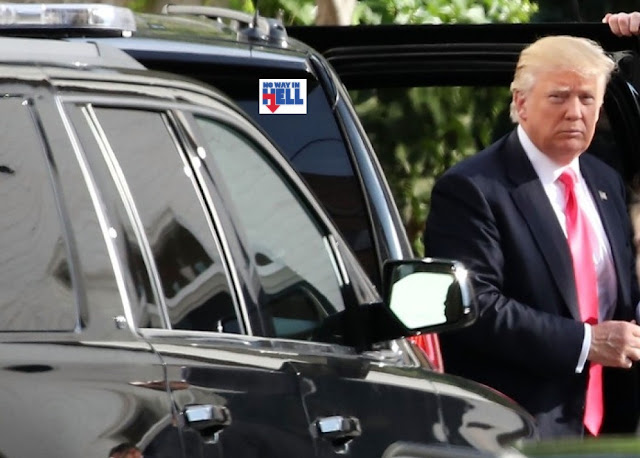 Donald Trump traveled to meet with Republican members of the House and Senate in Washington today. The House meeting went just great, according to Speaker Paul Ryan in describing his caucus’s reception of the presumptive nominee.  But not all the House members fell to their knees in praise of Trump, either. Illinois Rep. Adam Kinzinger described his remarks to the House meeting as “a lot of stream of consciousness,” somewhat similar to his patter at rallies but “less cheery.”
The Senate meeting involved less tongue and more teeth, according to “two Republican officials with direct knowledge of the exchanges” who gave the inside dope to the Washington Post:


"Trump’s most tense exchange was with Sen. Jeff Flake (R-Ariz.), who has been vocal in his concerns about the business mogul’s candidacy, especially his rhetoric and policies on immigration that the senator argues alienate many Latino voters and others in Arizona.

When Flake stood up and introduced himself, Trump told him, “You’ve been very critical of me.”

“Yes, I’m the other senator from Arizona — the one who didn’t get captured — and I want to talk to you about statements like that,” Flake responded......"

Flake assured Trump that he wasn’t part of the “Never Trump” movement, but also said he wasn’t entirely ready to give his unqualified backing.


"Trump said at the meeting that he has yet to attack Flake hard but threatened to begin doing so. Flake stood up to Trump by urging him to stop attacking Mexicans. Trump predicted that Flake would lose his reelection, at which point Flake informed Trump that he was not on the ballot this year......"

Mr. Trump also reportedly aired his grievances about Illinois Sen. Mark Kirk, who wasn’t even at the meeting, but Trump apparently felt he needed to let Republican senators know who’s gonna be the boss. Trump was very, very disappointed with Kirk for unendorsing him.


"Characterizing Kirk as a loser, Trump vowed that he would carry Illinois in the general election even though the state traditionally has been solidly Democratic in presidential contests."

Trump also was said to have claimed that he had inside intelligence about Hillary Clinton’s vetting process for Supreme Court vacancies and that he knew the names of two people the Democratic nominee is considering nominating, two Republican officials said. But Trump did not reveal those names. He did not specify whether his source was both of the Two Corinthians, or just one.

According to Roll Call, all in all it was a very productive meeting. As they emerged from the meeting, some GOP members said they were happy with what they heard from their party’s likely nominee. New York Rep. Peter T. King, who has been critical of Trump in the past, said the gathering was “Donald Trump at his best.”
© Posted By Diogenes Sarcastica™ on 7/07/2016 05:00:00 PM

A Rare Moment of Lucidity 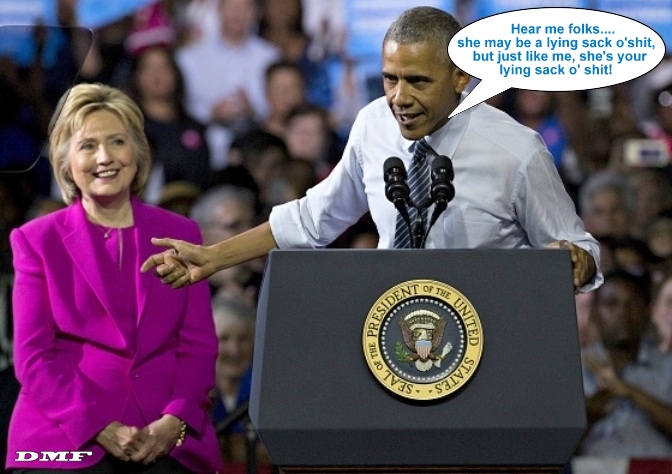 "Rarely have 30 minutes of television so perfectly encapsulated the decline and fall of the rule of law and the extraordinary privileges enjoyed by America's liberal elite. After listing abuse after abuse -- and detailing lie after lie -- Comey declared that 'no reasonable prosecutor' would prosecute Hillary for her obvious and manifest crimes. It's good to be a Clinton. ...Rules and standards are for the little people.

The FBI demolished every Clinton excuse and blew apart every Clinton lie, but soon she might well walk into rooms serenaded to the sweet sounds of 'Hail to the Chief.' To paraphrase the words of Benjamin Franklin, we've got a banana republic, if Hillary can keep it." - NRO

Snoop Dogg to Pimp for Hillary and the DNC

In an attempt to get the ghetto rats interested in the election and back on the reservation for Hillary, Calvin Broadus , aka Snoop Dogg's latest act will be to bring together the Democratic Party.  The rapper is set to headline a "unity party" following the last night of the Democratic National Convention on July 28 in Philadelphia co-hosted by the super PACs Priorities USA, the Senate Majority PAC and the House Majority PAC, the groups announced Tuesday.

Mr. Dogg announced that he would be supporting Hillary Clinton less than a month after she declared her candidacy in May 2015.

"You know I like to be politically correct, but sometimes I’m politically incorrect. Watch What Happens Live. But I’ll say that I would love to see bitches a woman in office because I feel like we’re at that stage in life to where we need a perspective other than the male’s train of thought. And just to have bitches a woman speaking from a global perspective as far as representing America, I’d love to see that. So I’ll be voting for da bitch Ms. Clinton."

The groups also announced that the Grammy-winning group Los Lobos will perform.  And I would imagine a heavy presence of Police and Emergency Medical personal will also be in attendance.

So Much For The Rule of Law 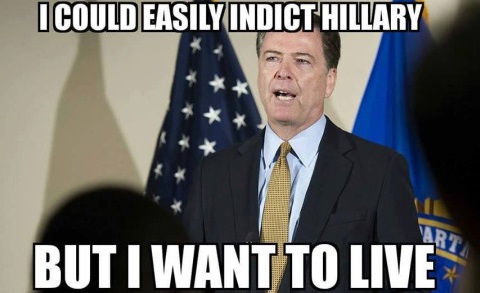 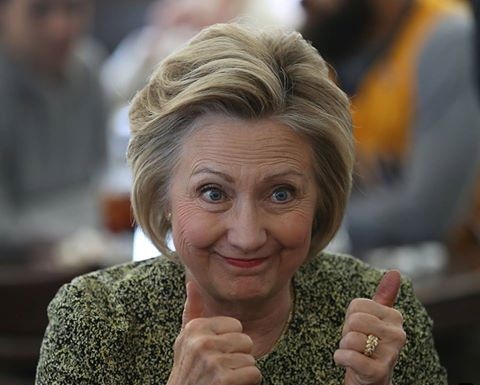 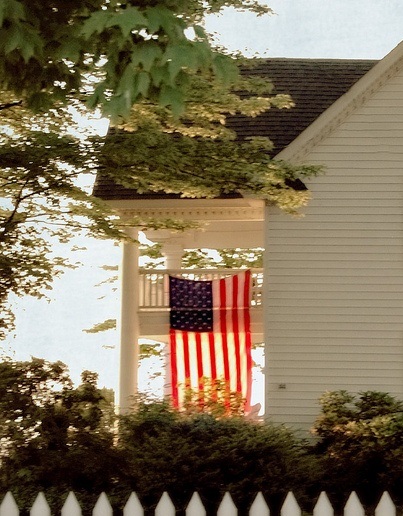 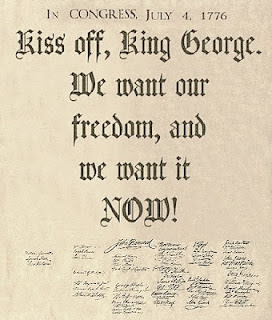 After some thought, the framers of the original
document put down the Ale mugs and all
agreed to a rewrite, and to be a little more diplomatically
thorough in telling King George to kiss their asses. 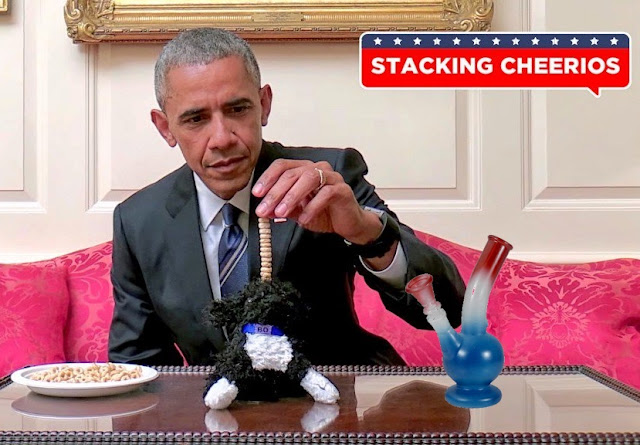 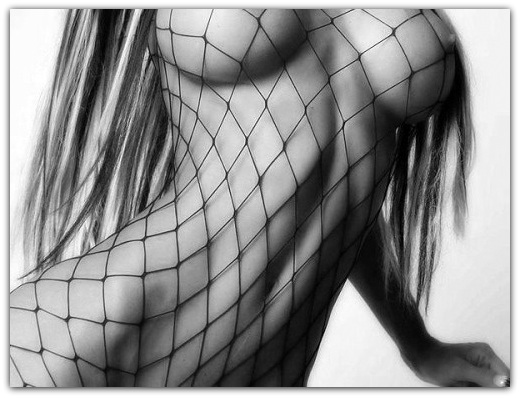