"Fresh from his short-lived engagement as an MSNBC pundit, dedicated paparazzi foe Alec Baldwin appears fully engaged in an effort to rehabilitate his public image after anti-gay rants and tweets got him banished from every respectable salon on the Upper West Side. As part of that effort, Baldwin is executive producer of a new documentary on -- wait for it -- Barney Frank, the openly gay former congressman from Massachusetts." 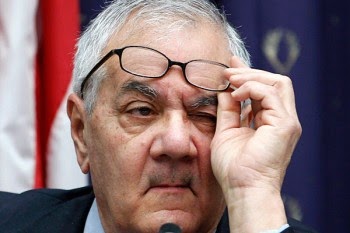 "When asked about that unpleasant episode by an audience member, Frank said in no uncertain terms that he had no problem with Baldwin -- a position he had emphasized on the red carpet before the screening, saying that, "his outbursts to the contrary notwithstanding," Baldwin "has been very supportive of gay rights."

Got that? Aside from his homophobia, some of Baldwin's best friends are gay.

Imagine the howling at the moon among liberals if a prominent conservative said much the same of LA Clippers owner Donald Sterling -- his antebellum-era scorn for blacks notwithstanding, he's very supportive of civil rights.

Unless and until a repentant Baldwin appears on "The Rachel Maddow Show" and begs forgiveness, his rehabilitation will remain incomplete."