Thomas Sowell on Enhanced Airport Security and the Obama Administration:

The Quote of the Day 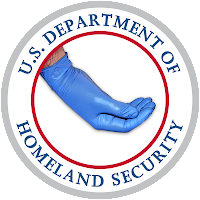 "If anything good comes out of the 'airport-security' outrages, it may be in opening the eyes of more people to the utter contempt that this administration has for the American people.

Those who made excuses for Barack Obama — for the candidate’s long years of alliances with, and for the president’s appointment of people with a record of antipathy to American interests and values — may finally get it when they feel some stranger’s hand in their crotch.

"As for the excuse of 'security,' this is one of the least security-minded administrations in American history. When hundreds of illegal immigrants from terrorist-sponsoring countries are captured crossing the border from Mexico — and then released on their own recognizance within the United States, that tells you all you need to know about this administration’s concern for security." --- Thomas Sowell, Economist, Author and Hoover Institution Senior Fellow.