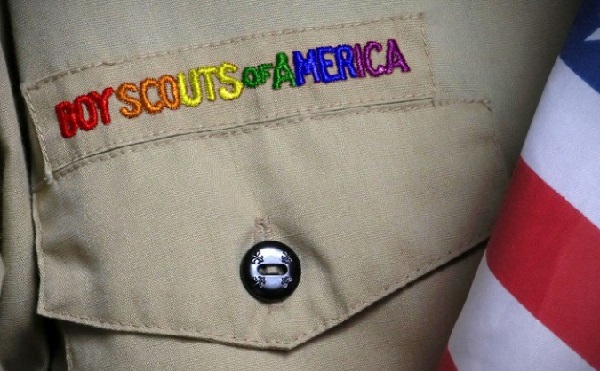 But as predicable as the sunrise, the Human Rights Campaign, who are not a human rights organization at all but just another pushy gay rights activist group dressed in suits, expressed their concern that churches (who sponsor a large amount of scout troops) are still open to discriminate (?) against openly gay men who like to spend time with boys.

Look, you can have your gay scoutmasters and you can sponsor your own little fairy scout troops now. You can wear pink kerchiefs, dance limp wristed around the campfire in your underwear and give out merit badges for flower arranging and  knowledge of show tunes if you want.

It's never really about tolerance is it, it's always about mandating voluntary acceptance of an agenda.  But ladies, in this case it ain't happening.