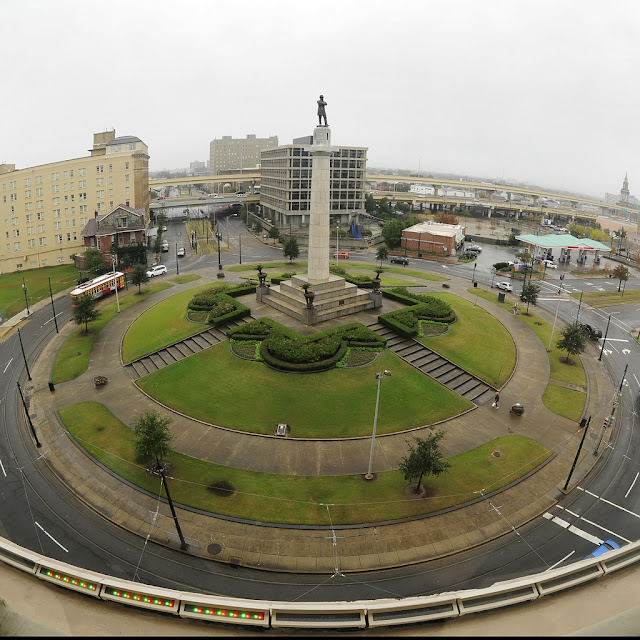 The Scourge of the Landrieu Family Continues.

Mayor Mitch Landrieu first requested the proposal back in June after the AME Charleson Church shooting.  At the time, Landrieu said he wanted to hold a “60-day discussion period” so that residents could converse about the four monuments on the chopping block. The Landrieu administration knew that they had the votes to remove all four monuments before even proposing the idea.

Also, the Mayor’s administration apparently has been looking into warehouse spaces and construction companies to remove the monuments since August, even though the “60-day discussion period” was not over.

Councilman Jared Brossett compared the monuments to the “Berlin wall,” while Councilwoman Susan Guidry said she and others were “justifiably offended” by the monuments.

Councilwoman Latoya Cantrell and Councilwoman Stacy Head, however, felt differently. Cantrell said she felt “disrespected” by Landrieu for proposing the idea with no input from residents or the City Council. Councilman Jason Williams, though, said that other council-members should not be “too upset” with the Landrieu administration for bringing up the issue.

As predicted, a federal lawsuit was filed immediately following the New Orleans City Council’s 6-1 vote on the matter by a group of historical preservationists.

Now that four of the most historical monuments in the city are getting the axe, other monuments, street names and landmarks are on the chopping block next.  Back in September, the Hayride reported exclusively about how the city’s most prominent statue of Andrew Jackson in Jackson Square could be the next to go for the Landrieu administration. And it turns out, that’s correct. In a press conference yesterday, Landrieu said that monument removal of Lee Circle was just the beginning, a hint that Andrew Jackson could be next.

And it’s looking more likely for all of these monuments and landmarks to get the axe by Landrieu as well. Besides monuments and landmarks, the Landrieu administration may soon be taking on the task of renaming a slew of street names. There’s really no telling where the Landrieu administration will stop with the removal of history in the city, meaning this could go as far as renaming a number of prominent Catholic street names as well.