Let’s see: Bankrupting the nation, record unemployment, spearheading one of the greatest repudiations a political party has ever suffered, passing the most unpopular bill in history…yup, Princess Pelosi has a lot to celebrate. 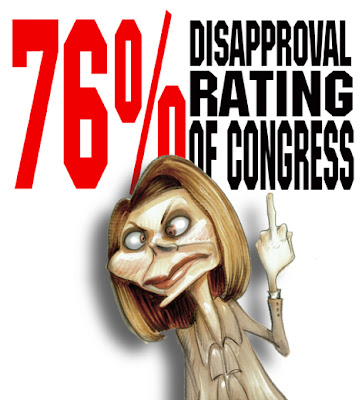 
Speaker Nancy Pelosi (D-Calif.) will host a reception Wednesday afternoon on Capitol Hill to celebrate “The accomplishments of the 111th Congress,” according to an invitation sent out Monday.

The event will offer congressional Democrats, many of whom will not be returning to Congress next January, an opportunity to reflect on the party’s legislative victories over the past two years. These have included the passage of major healthcare reform, financial regulatory reform, and climate and energy legislation.

Not likely to be lost on attendees, however, is that the unpopularity of many of these “accomplishments” among voters went far to contribute to a wave of Democratic losses in last week’s mid-term elections, in which Democrats lost control of the House and their majority in the Senate was weakened.