This week a federal court judge ruled the ObamaCare reform bill passed by Congress last year was unconstitutional. The Obama Administration has already issued a statement saying they will go ahead with an appeal.
At first, this seems like a good idea, after all, it's been one of the few legislative victories of any importance Obama has had since becoming President. 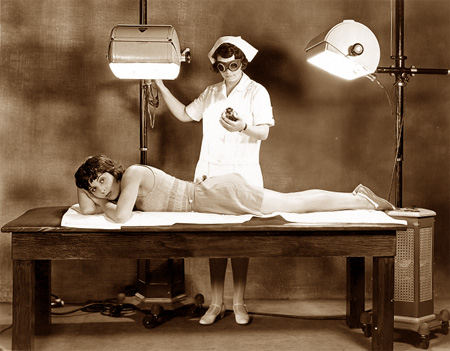 But, like most of the Obama administrations ideas, on second thought it seems like a bad idea on many different levels.
Reason #1 - Fearless Leader has been exposed as weak on the issue. The longer this issue goes on, the weaker Obama appears on the issue. From the day he announced his intention to pass health care reform to the date of its passage and now with the legal challenges, Obama has not come across as a strong advocate for the measure. Instead, he came up with the idea and punted it to Congress to iron out the details. Because of his lack of leadership off the golf course, his crowning jewel is possibly on the verge of being ripped away from him. The other damning factor along these lines is footage from the 2008 Democrat debate where Obama came out strongly against some of the provisions he signed into law. For health care reform advocates, this has to be hard to justify.
Reason #2 -  A loss in court undercuts Obama's legacy. Health care reform is one of the few bright spots so far for Obama, if not the brightest. There were bound to be legal challenges to it because, well, the Republicans said there would be. Having heard them loud and clear, the Obama team should have been better prepared for the challenge because of the political implications of a loss at the Supreme Court level. If that happens, it strips away Obama's major policy initiative, which leaves nothing much left to hang his hat on for reelection.
Reason #3 - They can't blame this on the Republicans. Democrats love to paint the GOP as the "party of NO,"but Dems held majorities in both houses of Congress and utilized that power to pass the health care reform bill as written. Republicans had little to no influence on the bill itself. That means any failure, legal or otherwise, is on them. Forcing a court battle will only bring that fact further into the  light. Good intentions with bad law don't mean anything in the end. This is on Dems' heads.


Reason #4 - It's just bad law. The health care reform bill as passed reached too far legally with too many loopholes and exceptions. The federal judge's ruling and justification for it exposed the flaws in the existing law, which will make it tough for the Supreme Court to put up a legal defense of the health care bill, if they even decide to hear the case at all. And I bet the moron that suggested dissing the Supreme Court Justices during a state of the Union Address last year, the very people who may just may hold the fate of the entire thing in their hands, doesn't think that was a great idea now.


The Bright Side:
Believing themselves invincible, unbeatable in the mid-term elections and feeling they owned the country after the Obama election, the Democrats once again underestimated the American people by passing ObamaCare. That "bend over and smile" and "we know what's best for you and you're gonna like it cause we say so" attitude seen nightly during the health reform debate helped to forever change many American's views of a political party, it's philosophy and it's leaders.
Let's hope they never forget!
_____________________________________
© Posted By Diogenes Sarcastica™ on 2/04/2011 01:32:00 AM