So when the Obama camp announced via Twitter yesterday that it was putting its 2012 hoodies on 'sale', it got some thinking: Is the President trying to capitalize off the death of Trayvon Martin? 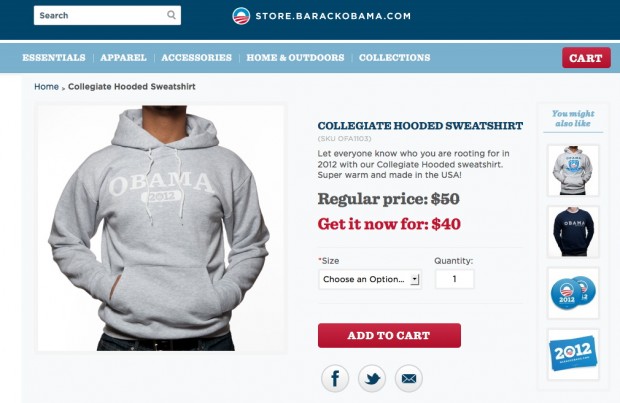 It should be noted that there’s nothing suggesting the above hoodie is a new produce offering. In fact, the sale would suggest it has been around. But even if it’s not a new product, it is still curious as to the timing of the sale. Coincidence?