Are the Blue Dogs Road Kill? 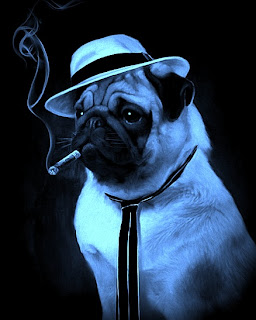 Just when the Blue Dogs (Reagan Democrats) thought it couldn't get any worse, it did.

Two years after the 2010 midterm elections decimated their ranks, the coalition of conservative Democrats is poised to get pummeled again in November - moving the Blue Dogs dangerously close to extinction. Thanks to then-Speaker Stretch Pelosi’s pushing them into voting for Cap and Trade, the stimulus and Obamacare, Blue Dog numbers are shrinking fast. Blue Dogs voted for too many far left pieces of legislation to pass themselves off as centrists. Far too often.

Of the 24 remaining Blue Dogs, five are not seeking re-election. More than a half-dozen others are facing treacherous contests in which their re-election hopes are in jeopardy.

During Bill Clinton's time in office, Blue Dog Democrats were an integral part of his success, as well as the Democratic Party's. But since the Sores-engineered leftist takeover, they've played a significantly less important role.

It's a rough time to occupy the right wing of the Democratic Party.

Redistricting is also part of the Blue Dog problem. The once-in-a-decade line-drawing has forced some of them to compete for seats that have become even less friendly to Democrats - and those seats weren't very friendly to begin with. For a few Blue Dogs, the problems presented by redistricting are compounded by the challenges of running in conservative Southern states during a presidential election year, being thrust into deeply Republican territory after being targeted in GOP-led redistricting efforts in their home states. The ones not defeated by the GOP will surely be on a very short leash by the minority leader.