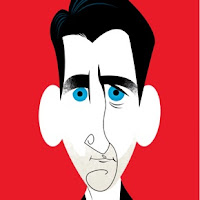 I will leave to those more qualified to analyze and spin the electoral impact of Governor Romney's choice of Congressman Paul Ryan as his VP running mate. The masters of spin and parse will be out in force looking at whether the choice "alienates" single women, frightens senior citizens, or galvanizes the Tea Party into action. I am not going to get into that . . . much.

In terms of intellectual firepower, and track record of accomplishments in the private and public sector this presidential ticket, regardless of party, is the best one in decades and arguably ever. This is a serious ticket. Voters will have before them a stark choice in November. On the one hand, the Democratic ticket consists of a failed, truth-avoiding, and corrupt incumbent President running with Joe Biden, one of the dopiest and least interesting hack politicians of our time. The GOP ticket consists of a successful job- and wealth-creating businessman and governor running with the single smartest and most competent Congressman on the Hill, the one man in the whole Congress who knows how a federal budget is put together and the impact it has on the country. For me, there is no dilemma in making my choice.

The Democrats got nothin'. So they will double down on the sort of vicious assault on truth that we have seen over the past few weeks. The Democrat lie Gatling is already beginning to fire away: Ryan favors throwing the elderly off a cliff; he favors a federal budget to make the rich richer. More will come. Ryan can expect to have the most minute details of his life put out in public and subject to ridicule. The President who refuses to divulge the most basic information of his own life, will spare no expense in having his minions dig up anything and everything that can be used or distorted. It will be disgusting and infuriating.

I hope that Ryan will give as good as he gets while sticking to the truth and coming back again and again to the failed Obama-Biden record, and the basic choice now facing us: do we want to continue marching down the road to stagnation, dependency, poverty, and a government-run society, or do we get back to the basics that have made America great. There should be no problem in making that choice, except that we have been busy developing a society of half-educated college graduates and cynics with no basic understanding of the economy or the world. We have people more and more removed from the process of wealth production and further and further into wealth consumption. That will be the challenge facing the Republicans and the future of America, to wit, to tap into what I believe is a still strong American ethos of work, saving, and investment, to make it clear that we do not have to become Greece.