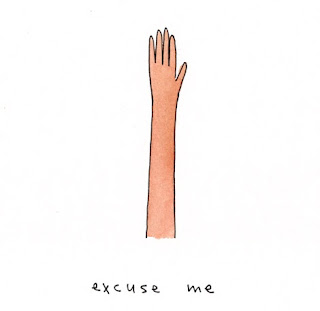 
The Republican Party has turned its back on the middle class Americans who built this country.


President Obama shut down the Keystone XL pipeline, preventing the creation of thousands of high paying jobs at a time when unemployment in the construction industry is near 15%.  Meanwhile, Mitt Romney is fighting to prevent the Obama administration from shutting down the coal industry. He’s promised that one of his first actions as president will be to approve the Keystone XL pipeline project.

The Democrats talk a great game. Unfortunately, the Democrats’ actions fall far short of their words.

This part of their platform is BS, too:

They think that if we simply eliminate protections for families and consumers, let Wall Street write its own rules again, and cut taxes for the wealthiest, the market will solve all our problems on its own.


Over 980,000 small businesses file their taxes as individuals. If President Obama’s tax policies were implemented, these entrepreneurs would get hit with one of the biggest tax increases in US history.

What’s more intellectually dishonest is the fact that the Romney-Ryan tax plan calls for eliminating lobbyist-inspired deductions while lowering tax rates. Middle class families don’t hire lobbyists to get preferential treatment. Corporations do. That means that the Romney-Ryan tax reform plan will shut down preferential treatment for corporations.

Is it any wonder why jobs aren’t getting created?


They would repeal health reform, turn Medicare into a voucher program, and follow the same path of fiscal irresponsibility of the past administration, giving trillions of dollars in tax cuts weighted towards millionaires and billionaires while sticking the middle class with the bill.

Democrats are right. Republicans won’t ignore the people who didn’t want the ACA in the first place. These are the same people who want it repealed. As for the part about “giving trillions of dollars in tax cuts” to “millionaires and billionaires”, corporations will be the ones who will have their deductions removed in exchange for lower marginal rates.

As for “sticking the middle class with the bill”, that’s supposition. There isn’t proof of that supposition anywhere. Saying Paul Ryan will “follow the same path of fiscal irresponsibility” that President Bush took isn’t credible. It’s as foolish as claiming that President Obama created as many jobs as President Reagan.

This paragraph is almost devoid of facts:


They’re why we rescued the auto industry and revived our manufacturing supply chain. They’re why we helped American families who are working multiple jobs and struggling to pay the bills save a little extra money through tax cuts, lower health care costs, and affordable student loans.


First, it’s almost guaranteed that GM will return for another bailout. So much for rescuing the auto industry. Second, people aren’t saving money through lower health care costs. In fact, having government dictate how much money clinics, doctors and hospitals can make is creating a doctor shortage.

Finally, if there’s a choice between less expensive schools and less expensive loans to more expensive schools, I’ll take the former, not the latter. Student loans don’t automatically make for a more skilled workforce. They just make it easier to make decisions based on projection rather than on what’s best for the HS graduate.

I don’t see the usefulness in that.