The United States will now undergo a four-year stress test of American liberalism, as Obama will get his tax hike and ObamaCare will be implemented. Those who think Obama cared about people like them will now experience the full extent of his caring. They should soberly consider what this means:


* A permanent decline in your standard of living and especially that of your children,

* And expanding government control or outright ownership of the country's financial activity,

* An expansive federal bureaucracy, with exponentially exploding regulatory authority over the way you live your daily lives in ways you cannot even imagine yet,

* Crony capitalism? You ain't seen nothing yet. Increasingly, government contracts and stimulus money (by whatever name) will be funneled to the ideologically pure. You, the ordinary Democrat voter, will be frozen out of this largess. You are of neither use nor concern to the Party except on election day. You are a mere prole. Get used to it.

* Diminishment of your health and shorter life spans because Obamacare is absolutely designed for the benefit of government and its licensed financial allies, not you,

* Expanding federal debt almost without end, meaning that even as your own personal income falls, you will pay an ever-higher proportion of it in taxes of one kind or another (but don't worry, you will blindly drink the Kool-Aid that only "the rich" are paying more taxes),

* "Almost without end," because the end will come to the gravy train, and it will be truly apocalyptic when it does. "Chaos" does not even begin to describe it; in fact, chaos will be the best outcome you can expect. Oh, when this happens (when, not if) you will lose absolutely everything you own. Ev. Ry. Thing. Because there is no one to bail America out. 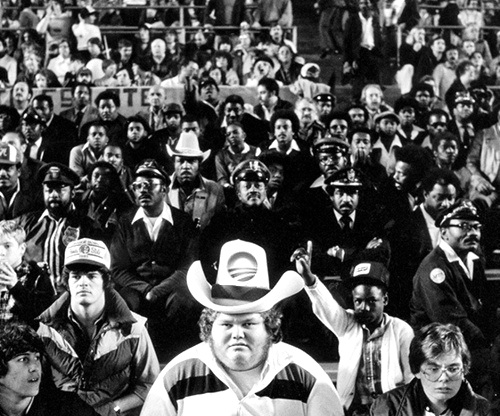 During the campaign the Dem voters I talked with almost never could enunciate why they wanted Obama to win except in the most general of terms, such as liking Obamacare or raising taxes in the rich, but they could not explain in even the most general terms how they personally would be better off. And Dem voters, when your employer lays you off or cuts your hours to part time or rejects your job application because you would be worker number 50, remember: that's what you voted for.