My Favorite Liberal has a Warning....

Although I have to look past her sickening admission she once dated former NY congressman Anthony Wiener, Kirsten Powers’ op-ed exemplifies why she’s my favorite liberal: 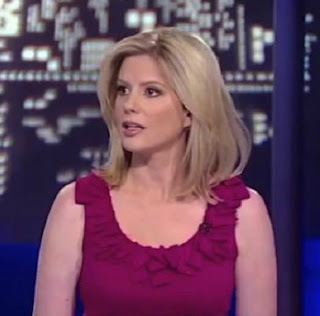 "In a recent interview with The New Republic, President Obama was back to his grousing about the one television news outlet in America that won’t fall in line and treat him as emperor. Discussing breaking Washington’s partisan gridlock, the president told TNR, "If a Republican member of Congress is not punished on Fox News…for working with a Democrat on a bill of common interest, then you’ll see more of them doing it.”

Alas, the president loves to whine about the media meanies at Fox News. To him, these are not people trying to do their jobs. No, they are out to get him. What other motive could a journalist have in holding a president accountable? Why oh why do Ed Henry and Chris Wallace insist on asking hard questions? Make them stop!"

President Obama has gotten adulation from the Agenda Media since before he’d been elected to the Senate. Books have been written about the media’s slobbering love affair with President Obama. Still, that isn’t enough for the messiah.

Anything less than constant adoration isn’t acceptable with this administration. Here’s a warning from Ms. Powers that liberals should pay attention to:

"Whether you are liberal or conservative, libertarian, moderate or politically agnostic, everyone should be concerned when leaders of our government believe they can intentionally try to delegitimize a news organization they don’t like.

In fact, if you are a liberal, as I am, you should be the most offended, as liberalism is founded on the idea of cherishing dissent and an inviolable right to freedom of expression.

That more liberals aren’t calling out the White House for this outrageous behavior tells you something about the state of liberalism in America today."

Whether it’s fascists implementing ‘speech codes’ on college campuses or whether it’s the fascist staff in the White House, the result is the same: censorship.

There’s no such thing as acceptable censorship.

This is particularly appalling information:


"What the Obama administration is doing, and what liberals are funding at MMFA is beyond chilling – it’s a deep freeze.

On the heels of Dunn’s attack on Fox, Brock wrote a letter to progressive organizations bragging about the U.S. government trashing a news organization: “In recent days, a new level of scrutiny has been directed toward Fox News, in no small part due to statements from the White House, and from Media Matters, challenging its standing as a news organization.”Point of order: who put Media Matters in charge of determining what is and isn’t a news operation?

A Media Matters memo found its way into the public domain and if you care at all about decency and freedom of the press, it will make you throw up. If you like McCarthyism, it’s right up your alley. It details to liberal donors how they have plans to assemble opposition research on Fox News employees.

It complains of the “pervasive unwillingness among members of the media to officially kick Fox News to the curb of the press club” and outlines how they are going to change that through targeting elite media figures and turning them against Fox. They say they want to set up a legal fund to sue (harass) conservatives for any “slanderous” comments they make about progressives on air. They actually cite one of the best journalists around, Jake Tapper, as a problem because he questioned the White House about calling a news outlet “illegitimate.” Tapper can see the obvious: if the White House can call one news outlet illegitimate for asking tough questions, then guess who is next? Anyone."