So While Everyone is Milking the Lillies Over the Zimmerman Aftermath…

"William Burns, US Deputy Secretary of State, flew to Egypt, the first US official to go to Egypt since the ouster of Muslim Brotherhood and former President Morsi on 3 July, and tries to set up a meeting with the radical Islamist Nour Party.

True, they told him to go pound sand, but it makes one wonder why Obama is trying to meet with Islamists.

But ignore the fact that the so-called President is secretly attempting to support radical Islamists, a ‘white hispanic’ was just found not guilty of murdering a poor little innocent black child. Sure, hundreds of black children are killed each year in Chicago alone, and no one cares, this one was super duper special." -  Talk Straight

Only in America do white people get threatened with mass violence because a Hispanic man was acquitted of murder.

And just some more moronic crap from from the halls of higher education in America:


"As a black woman in an nation that has taken too many pains to remind me that I am not a white man, and am not capable of taking care of my reproductive rights, or my voting rights, I know that this American god ain’t my god. As a matter of fact, I think he’s a white racist god with a problem. More importantly, he is carrying a gun and stalking young black men." -- University of Pennsylvania religion professor Anthea Butler 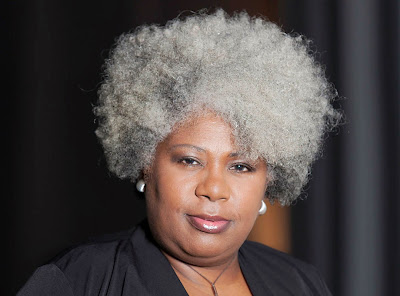