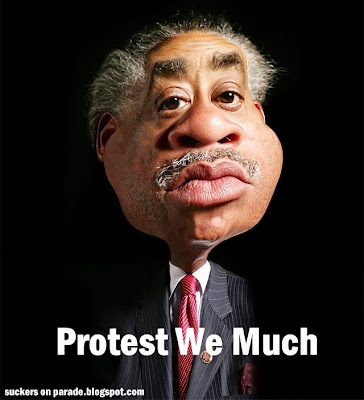 "The National Action Network is organizing the protests at federal court buildings to press the Justice Department to bring a civil rights case against George Zimmerman, who was found not guilty in the death of teenager Trayvon Martin by a Florida jury on Saturday.

Sharpton said his National Action Network intends to keep the pressure on until a civil rights case is brought, insisting the protests will show the national anger over the verdict is not a “two- or three-day” thing.

As far back as March 2012, Dr. Martin Luther King Jr.’s niece  criticized the Rev. Al Sharpton and the Rev. Jesse Jackson for politicizing the Trayvon Martin shooting and leveraging racial tensions to rile up Americans.

“I would believe that, by stirring up all of the emotions and reactions, I wanted to encourage them to remember the man that they say that they followed, to remember that his message was nonviolence and very loving, referencing her late uncle. She added that she wanted to encourage Jackson and Sharpton “to talk about nonviolence and not to incite people with that race card that they are very good at playing."