The Next Commie Movement - 'Wage Justice'


"How do you know when a movement reeks of communism? Easy - it is supported by a major American union.

The Service Employees International Union, filled with some of the most vile, Left-wing thugs around, is one of the major players behind a ridiculous push to kill the only employment millions of Americans can find while raising the price of cheeseburgers to ten bucks.

On Thursday, according to reports, the SEIU and other groups will sponsor or support hundreds of protests in cities around the country aimed at forcing the fast-food industry to increase workers' wages to $15. The New York Times reports:

Seeking to increase pressure on McDonald’s, Wendy’s and other fast-food restaurants, organizers of a movement demanding a $15-an-hour wage for fast-food workers say they will sponsor one-day strikes in 100 cities on Thursday and protest activities in 100 additional cities. The fast-food effort is backed by the Service Employees International Union and is also demanding that restaurants allow workers to unionize without the threat of retaliation.

"As part of its stealth campaign to support this latest push for "wage justice," the Times picked, right on cue, a 23-year-old interviewee with a Hispanic-sounding name to illustrate the travesty of it all..."


On second thought, just think of the possibilities..... 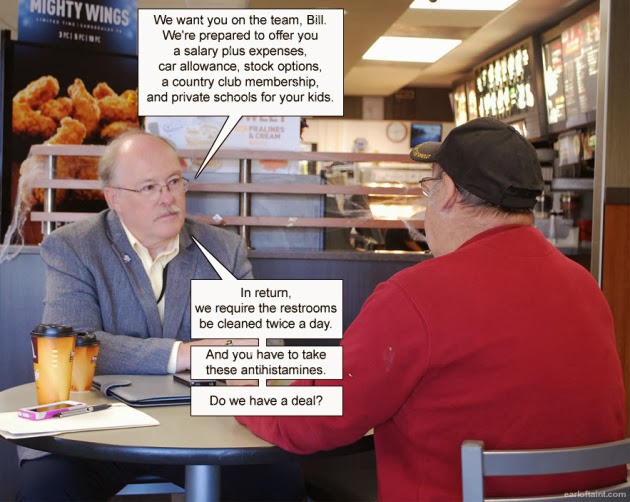