Barack Obama attended a little meeting Wednesday at the White House that was all but ignored by both media and pundits. It’s with a group his White House, under the direction of Valerie Jarrett, initiated last year involving the election process. Now tell me reader, how comfortable are you with the idea of THIS White House, working extra hard to influence the upcoming election process? Yeah, me neither…
Check out this portion of the president's White House schedule for Wednesday:

10:45 am || Meets with the President’s Commission on Election Administration on voter access.


Here’s an official blurb on the newly formed group, from May of 2013:

WASHINGTON, May 21, 2013 — The Presidential Commission on Election Administration was officially launched today, following President Barack Obama’s State of the Union pledge to identify non-partisan ways to shorten lines at polling places, promote the efficient conduct of elections, and provide better access to the polls for all voters. 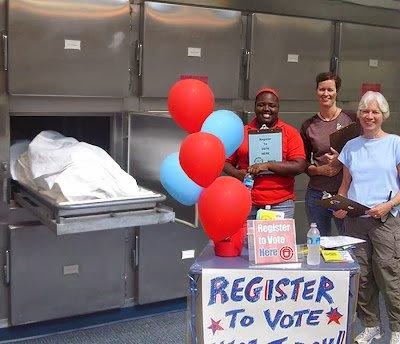 Now check out this public statement given Wednesday by this same organization:


WASHINGTON, Jan. 22, 2014 – The Presidential Commission on Election Administration today presented President Obama with a series of recommendations designed to help local and state elections officials improve all voters’ experience in casting their ballots. The Report is based on a six-month study conducted by the 10-Member Commission of the problems that have plagued voting in the past and the issues that will confront the American voter in the future.

The Commission concluded unanimously that the “problems that hinder the efficient administration of elections are both identifiable and solvable.” The Report offers certain key recommendations and numerous administrative best practices to improve the problem areas identified in the President’s Executive Order charging the Commission.