Hentoff, one of the foremost authorities on the Bill of Rights and the Supreme Court, columnist with The left leaning Village Voice for 51 years, from 1957 until 2008 until he looked into the abortion industry and was shocked by what he found, now sees the time for Impeachment of Barack Obama.

But he hasn’t liked Obama from the start.

“Within a few months after he was elected, I wrote a column saying he was going to be the most destructive, dangerous president we’ve ever had."

Hentoff said people he’d known for years told him to stop being so negative and to give Obama a chance.“Well, we’ve given him a chance. I understated the case a little.”

In other words, Hentoff thinks Obama IS the most dangerous and destructive president ever.

A big part of the problem, the journalist believes, is what he calls the utter ignorance of a huge portion of the population, which is not outraged at losing its basic right to be self-governing.

He says Obama gets away with it only because there is no outrage in Congress, no coverage by the media and no knowledge by the public.

“He’s in a position now where he figures he’s going to do whatever he wants to do.”

In fact, Hentoff said, Obama doesn’t even pretend to care about the separation of powers between the executive branch and Congress anymore, because “He’s the boss and hardly anybody cares enough” to stop him. I would say that never before in our history had a president done these things."

"Obama doesn’t give a damn, because he can get away with whatever he wants.”

He noted that while Nixon merely claimed that winning an election gave him the right to do what he wanted, Obama is actually doing whatever he pleases. The journalist said he doesn’t think any other president has acted so lawlessly as a matter of habit.

“So, if this isn’t a reason for at least the start of an independent investigation that would lead to impeachment, what is?” 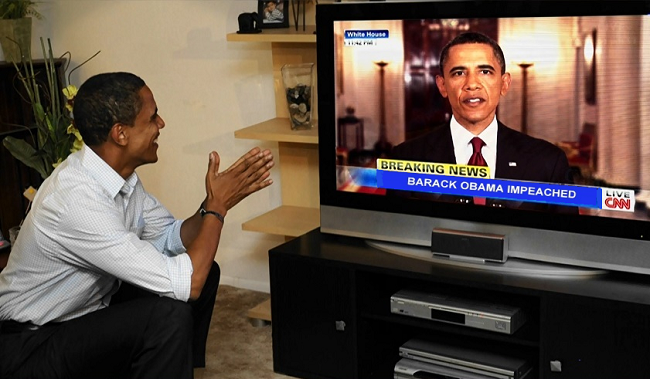