Take a good look at this picture. Tell me this woman doesn't know what she's doing. The technique, the hand placement. She obviously knows her stuff. 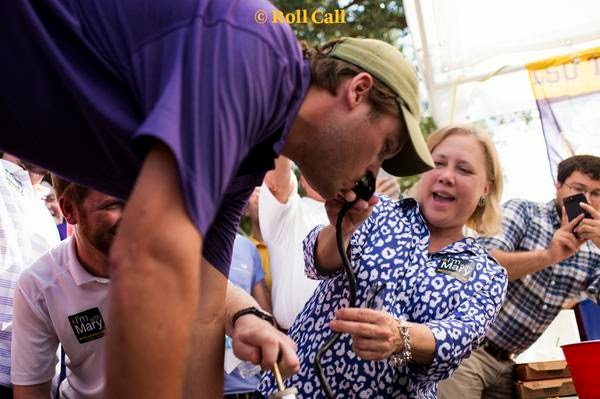 Louisiana State University is known far and wide for EPIC football game tailgate parties. With a stadium capacity of 101,000 plus (when full is the the 5th largest city in the state) and a state motto of "laissez les bons temps rouler" (let the good times roll) the regularly nationally ranked LSU Tiger's home field of battle lacks one important element to add to the excitement and experience of watching a crushing defeat of an opponent on a Saturday Night in 'Death Valley'.

They don't call Louisiana "Sportsman's Paradise" for nothing, ya know.

Mary Landrieu is obviously a much better tailgater than US Senator, so I call on my fellow citizens of The Great State of Louisiana to help relieve her of the burden of legislative duties and boring committee meetings in Washington and free her up for more important duties in service to her state.


So barring any unforeseen circumstances: