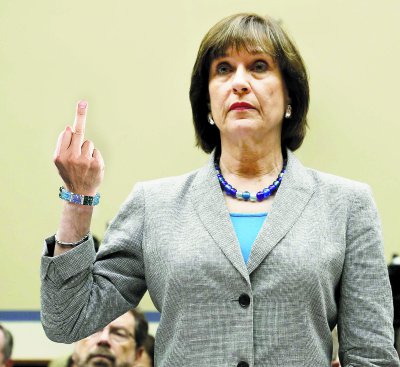 “These new documents show that the Obama IRS scandal is also an Obama DOJ and FBI scandal,” said Judicial Watch President Tom Fitton. “The FBI and Justice Department worked with Lois Lerner and the IRS to concoct some reason to put President Obama’s opponents in jail before his reelection. And this abuse resulted in the FBI’s illegally obtaining confidential taxpayer information. How can the Justice Department and FBI investigate the very scandal in which they are implicated?”

The newly obtained records also reveal that the Obama DOJ wanted IRS employees who were going to testify to Congress to turn over documents to the DOJ before giving them to Congress. Records also detail how the Obama IRS gave the FBI 21 computer disks, containing 1.25 million pages of confidential IRS returns from 113,000 nonprofit social 501(c)(4) welfare groups  – or nearly every 501(c)(4) in the United States – as part of its prosecution effort. According to a letter from then-House Oversight Committee Chairman Darrell Issa (R-CA) to IRS Commissioner John Koskinen, “This revelation likely means that the IRS – including possibly Lois Lerner – violated federal tax law by transmitting this information to the Justice Department.”

The new IRS documents include a October 11, 2010 “DOJ Recap” memo sent by IRS Exempt Organizations Tax Law Specialist Siri Buller to Lerner and other top IRS officials explaining an October 8 meeting with representatives from the Department of Justice Criminal Division’s Public Integrity Section and “one representative from the FBI” to discuss the possible criminal prosecution of nonprofit organizations for alleged political activity: