Judge Cancels Arrest Warrants,
Does Away with Pre-trial Bail Bonds


Less then a weeks after a 9 year old girl was shot to death by a stray bullet while doing her homework, a Ferguson Municipal Judge has weaken the protection of law abiding citizens by loosening the courts ability to detain lawbreakers, and put thugs who prey back on the streets of the city in the name of fairness and healing.


The newest judge in the Ferguson Municipal Court withdrew all arrest warrants issued before Dec. 31, 2014, as part of a broad set of changes coming to the city. Just two months into his new post, Judge Donald McCullin also changed the conditions for pre-trial release of certain defendants to include payment plans, community service, or commuting fines for indigent persons. The brilliant Judge had this to say:

"These changes should continue the process of restoring confidence in the Court, alleviating fears of the consequences of appearing in Court, and giving many residents a fresh start.

“Many individuals whose license has been suspended will be able to obtain them and take advantage of the benefits of being able to drive. Moreover, defendants will not be disadvantaged in being afforded pre-trial release because of the inability to make bond.”

McCullin was appointed to his job after his predecessor stepped down following death threats to his family.

Score one for the rabble rousers and thugs of Ferguson, and the emotionally stunted children of #blacklivesmatter with their IQ's rating just above room temperature. 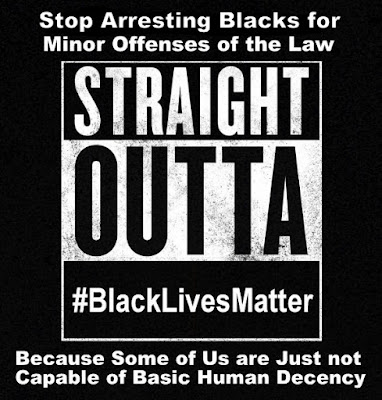