51 Percent Of All American Workers Now
Make Less Than 30,000 Dollars A Year 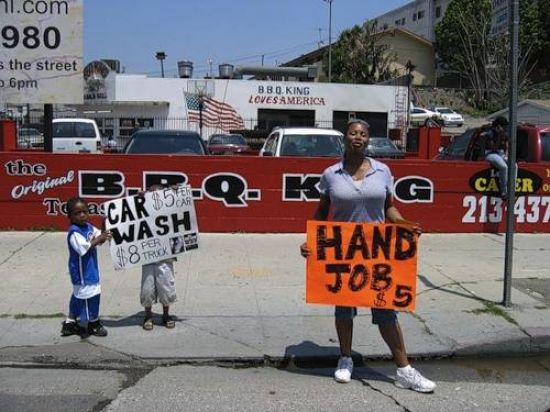 As Hillary Clinton and Bernie Sanders hypocritically drone on about the wealthy, and Barack Obama and brood live like a Royal Family, traveling the world and vacationing every 3 months, their party's  failed economic policies and importation of the third world is devastated the American system.

We just got more evidence that the middle class in America is dying. According to brand new numbers that were just released by the Social Security Administration, 51 percent of all workers in the United States make less than $30,000 a year. Let that number sink in for a moment. You can’t support a middle class family in America today on just $2,500 a month – especially after taxes are taken out. And yet more than half of all workers in this country make less than that each month. In order to have a thriving middle class, you have got to have an economy that produces lots of middle class jobs, and that simply is not happening in America today.

You can find the report that the Social Security Administration just released right here. The following are some of the numbers that really stood out for me…

That first number is truly staggering. The federal poverty level for a family of five is $28,410, and yet almost 40 percent of all American workers do not even bring in $20,000 a year.

If you worked a full-time job at $10 an hour all year long with two weeks off, you would make approximately $20,000. This should tell you something about the quality of the jobs that our economy is producing at this point.

Many families have to fight tooth and nail just to make it from month to month, and there are lots of Americans that find themselves sinking deeper and deeper into debt.

If you can believe it, about a quarter of the country actually has a negative net worth right now.

What that means is that if you have no debt and you also have ten dollars in your pocket that gives you a greater net worth than about 25 percent of the entire country. With each passing day, more Americans are losing their spots in the middle class and this has pushed government dependence to an all-time high. According to the U.S. Census Bureau, 49 percent of all Americans now live in a home that receives money from the government each month.