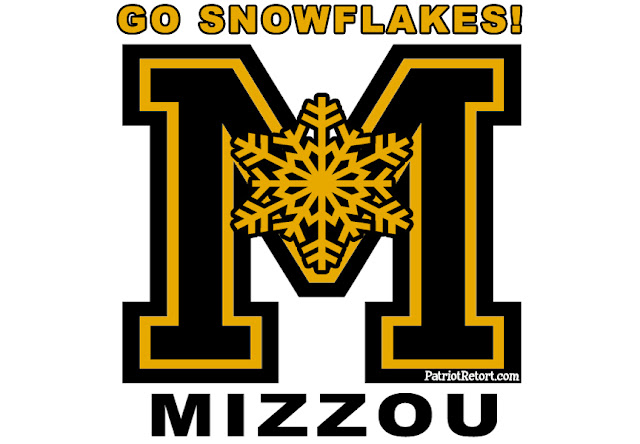 
You would have thought someone wiped out
an entire Indian village.


FSJ -  A black student government member was called a nigger: “he was walking with a friend to get cookies Friday night when a red pickup truck slowed and young people screamed the n-word at him.” There is no indication that the people in the pickup were or were not students at the University of Missouri, but the alleged incident happened near, but not on the campus, and the "Columbia Police Department do not have a report of that nature by the offended party, according to a spokesperson there". Dr Wolfe apparently didn’t express sufficient outrage, but he would have no authority at all over an incident which did not happen on campus.  But for the Social Justice Warriors, the responsibility for any offensive act must be pushed up to the nearest high ranking normal white male.

Jonathan Butler, a student, began a hunger strike, because he did not like what he saw as the culture at the University; one of his demands was that President Wolfe resign.

Was Dr Wolfe a decent President for the University? I really don’t know, but his job performance wasn’t bad enough for the Board of Curators to have met about it prior to the “strike” by the black players on the Missouri football team; that got some attention. How Dr Wolfe was supposed to be responsible for the actions of some people, who may or may not have even been Missouri students, in a red pickup is beyond me. but, for the SJWs, apparently he is. How Dr Wolfe is in any way responsible for the death of Michael Brown, 116 miles away, or would have any knowledge about the events beyond what the rest of us can read in the media, escapes me completely.

But, he’s apparently a heterosexual white male, and that makes him responsible for the acts of other people who are not under his authority, and thus he had to go! Considering that he was unwilling to fight for his position, perhaps he really should have resigned.

Nevertheless, this incident shows just how poorly American colleges are preparing students for the real world. Payton Head, the Student Government president who had been called the horrible “n” word, will eventually be graduated and have to leave Mizzou to begin a career in the business world, and there won’t be any university president to blame when the next red pickup drives past and someone yells offensive stuff to him. He’ll have to just man up and get on with his life. When he finds himself competing with other people to move up the corporate ladder, to get that next promotion, if he is unable to simply disregard insults, if he gets all flustered and upset, he won’t be able to compete to the best of his ability, and he will fall behind.