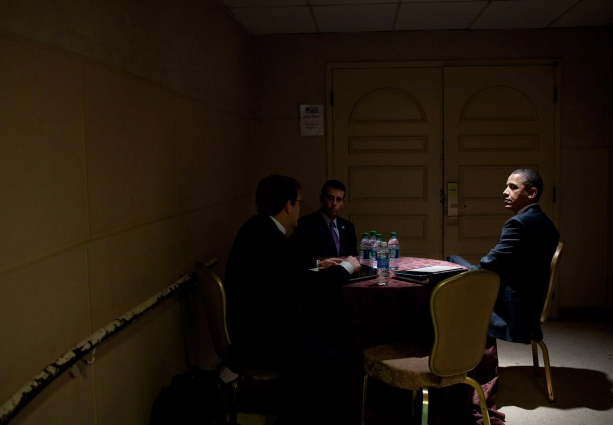 The latest trend in the world of human resources is the so-called exit interview. In theory, it gives a departing employee an opportunity to express their grievances while at the same time providing useful feedback to the employer.

After a slight miscalculation (and resulting disappearance of a small portion of the nearby population) the MFNS Time Machine is once again in working order, and we were able to reach into the future and grab some historic government document of interest. Among the recent cache of files we came across the Exit Interview of one government employee......


What is your main reason for leaving your employment?

"Basically, my failure in both nullifying the 2016 election and ramming through an amendment allowing me a third and fourth term, which I thought was only fair considering all my predecessors were white folks."


Did anything trigger your decision to leave?

"The deadline of January 20, 2017 obviously has a lot to do with it but, getting away from those crazy Republicans and getting Joe Biden out of my hair came in a real close second."


What was most satisfying about your job?

"Sleeping late and being the leader of the most powerful nation on Earth......and working in a building big enough to get away from Michelle most of the day."


What was the least satisfying thing about your job?

"Being made fun of by that bully Alex Putin.


Did your job duties turn out to be as you expected?

"A big NO on that one. I thought I’d be entertaining celebrities and eating good and setting a legislative agenda to help guide America's future. I didn't expect that I'd spending so much of my time meeting with foreign leaders and their fat ass wives I never heard of and couldn't understand a word they were saying."


Did you receive adequate training to do your job?

"Well, I never took lessons, but I did get to play with some of the best golfers in the world"


Did you receive sufficient feedback about your performance?

You kiddin'? Ever listen to talk radio?


Were you able to fulfill your career goals?

"Not really. I always wanted to be a point guard for the Bulls."


What would you change to make your workplace better?

Did any policies or procedures make your job more difficult?

"Yes, the Constitution often got in the way of what I wanted to accomplish. Also, I wasn't always a big fan of the judicial system."


Would you consider working again for this employer?

"Well, obviously I can’t be President anymore, and Hillary's Supreme Court Justice idea ain't gonna happen, but I might try and get on at the DMV or something.  But after the riots, my Health-care reforms being overturned, those &$@# damn Mexicans turning on me and my party....not to mention that little thing with the male intern, I don't think that's going to happen."


Did anyone discriminate against you, harass you or cause hostile working conditions?


Based on your experience, what do you think it takes to succeed in your position?

"Flying around on Air Force One.... with the private and untraceable Internet connection. Man. you could stream any kind of videos you could want......if you get my drift?"

"Dealing with  that frickin' Netanyahu.... and Putin's damn gay comments on my Facebook page.....and Pelois farting in Leadership meetings all the time....and Harry Reid's nose hairs, and Biden babbling about the squirrels outside on the lawn..."

.....and Michelle bitchin' about me sneaking a smoke on the terrace... and Boehner drinking up all the oval office booze....and Valerie Jarrett kicking me under the table in cabinet meets....and Barney Frank's naked pictures in his Christmas cards....and "


Before leaving, did you consider a transfer?

Do you have any tips or advice to help your replacement?

"Yes! Replace the mattress in the White House residence. Seriously, replace it!  If that thing could talk!

Other than that, I think President-Elect Trump needs no advise from me." 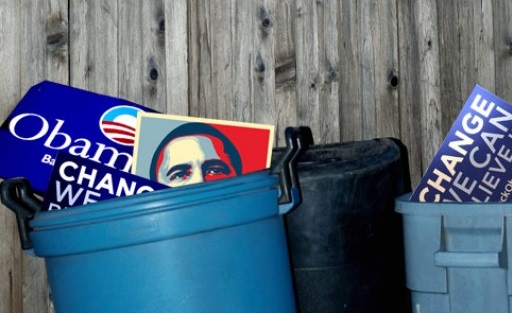