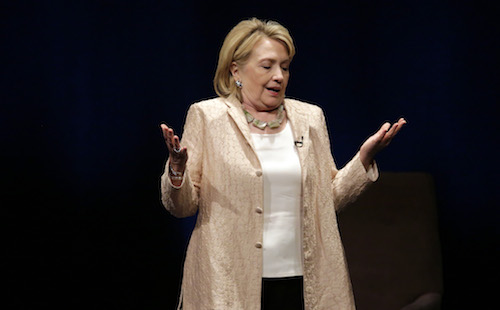 Granny Clinton's base of support is disappearing right before our eyes, but unlike Copperfield, Clinton isn’t putting on an act. On Tuesday, Cankles lost the West Virginia primary to the hippie marxist Bernie Sanders 51% to 36%.

But perhaps what’s more telling is the raw vote total.

In 2008, she received 240,890 votes. Yesterday, Clinton netted 84,176 votes, according to NBC — a 65% decline. Other numbers show how the angry sands of the American landscape has shifted under her feet. According to data obtained at the polls yesterday, 33% of Democrats say they will vote for Donald Trump in November. Only 44% of Dems say they’ll vote Clinton. Twenty-one percent say they’ll support neither.

Of course it's really a politically stupid move to tell voters your going to kill there industry and put them out of work like she did the West Virgina coal miners. Duh!