The Silliness of an Anti-Trump Protest Vote Campaign 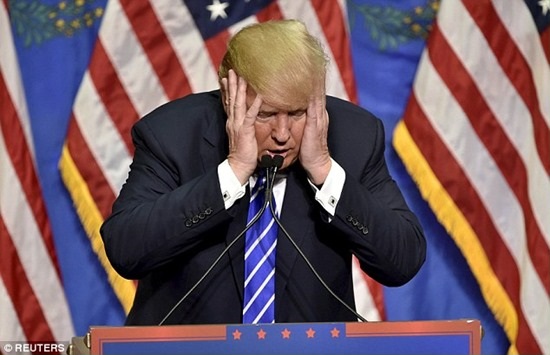 Jennifer Rubin, writing in the Washington Post details how multiple sources confirm there are several groups with access to funding, in communication with one another,working on a third-party run for an anti-Trump protest candidate and how they fantasize they could win the election:


"With an optimistic, down-to-earth candidate with some crossover appeal, a third candidate could well pick off states including Arizona, Utah and Texas from Trump and challenge Clinton in states like Ohio, Colorado, Iowa and Nevada that she needs to get to 270. Let’s also remember that Libertarian candidate Gary Johnson may be in the race, further dividing the vote. At some point, one sees that we might realistically have a situation in which no one gets to 270 electoral votes. (By then, Clinton’s and Trump’s unfavorables would be astronomically high.) The House of Representatives then decides the presidency, and the Senate picks the vice president."

This is obviously nonsensical fantasy in the vain of websites like....well you know, but let's go through the scenario to appreciate fully why it can't possibly work:


The protest candidate will likely start off with far fewer resources than the major candidates, virtually no national name recognition, and practically no campaign infrastructure. Supposing that he can somehow best both Trump and Clinton in one or two small Republican states, the electoral votes he takes will all come out of the total that the Republican nominee needs to win. The protest candidate isn't going to “challenge Clinton” in purple and blue states. He is going to deliver those states to her on a silver platter by splitting the Republican vote. These are states that Republican nominees with total party unity have struggled to win in good years and have lost in the last two elections, but we're supposed to believe that the anti-Trump protest candidate is going to be competitive in them? That's silly. Anti-Trump Republicans grossly overestimate how many voters they have on their side.

The more successful the protest candidate is, the larger Clinton's margin of victory over Trump could be. The protest candidate won't be taking any votes that Clinton was likely to get anyway. An anti-Trump protest campaign will achieve two things: it will give Clinton a victory she maybe would not otherwise have, and it will give Trump supporters a scapegoat for their defeat. Instead of preventing any candidate from getting to 270 electoral votes, it will make it easier for Clinton to get over 350. No doubt Trump loses badly in this scenario.  All that a protest campaign does is give Clinton the biggest election victory for the incumbent party’s nominee since 1988. The rift that will create on the right will not be healed anytime soon.

It is often said that a protest candidate would give anti-Trump Republicans a reason to turn out to vote in down-ballot races, but presumably the Republicans most disgusted by Trump’s nomination are ideological voters and strong partisans who turn out to vote for all their party's candidates no matter what. These are voters that are probably most aware of the need to turn out for state and Congressional races, and so will already be showing up whether there is a protest candidate or not. In other words, these are the people that don't need a reason to show up, so the one possible upside of the protest campaign would be redundant.

The protest presidential candidate isn't going to bring that many people to the polls who weren't already going to be there, and his presence in the race will give a lot of state and House candidates headaches as they will be forced to declare for or against the spoiler candidate.

Anti-Trump Republicans can do as they like, and they are certainly under no obligation to back a nominee they find so unacceptable. But they should do so fully understanding that a protest campaign is a pointless exercise that will cause them blame for Clinton’s victory.

Is Donald Trump a giant Douchebag? Yes he is. Will a self-aggrandizing business man who comes off as a Carnival Barker who promises us the moon be the leader the country needs now? We don't know. But one thing is for sure, we know what we will get with a corrupt, treasonous Hillary Clinton.  And as you can see above, a protest vote, or a non vote protest for that matter gets you just that, a Hillary Clinton victory. As of now, Donald Trump is the only thing standing between Hillary and the White house. Now, just think about that for awhile.