It's All Becoming Very Tiring 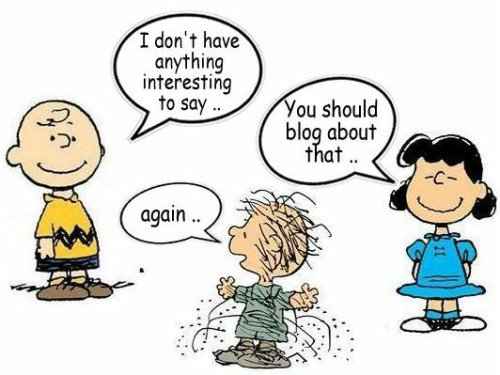 Flying home this morning I came to the realization my blog reading list has become considerably smaller.  Much of what I find is just the same thing over and over, same videos, same stories. To make things worse, stark political lines have been drawn since the primaries began. I believe most of the big boy anti-Trump blogs are now just playing it for all it's worth, riding the wave of monetarily lucrative traffic they helped create, and will come back to earth via a conveniently amazing epiphany announced to their stunned readers after the conventions.

And I've see smaller blogs, once honest pom-pom waving Trump supporters become nothing but cultist, most with no thoughts of their own, just parroting their favorite pundit spinning anything not glowingly 100% positive, even despite overwhelming evidence to the contrary.  And now, I see some even crossing into Alex Jones False Flag Tinfoil Hat Conspiracy territory. It looks to me some have total loss sight of who the real enemy is. And it all is becoming very tiresome.
© Posted By Diogenes Sarcastica™ on 6/22/2016 04:00:00 AM