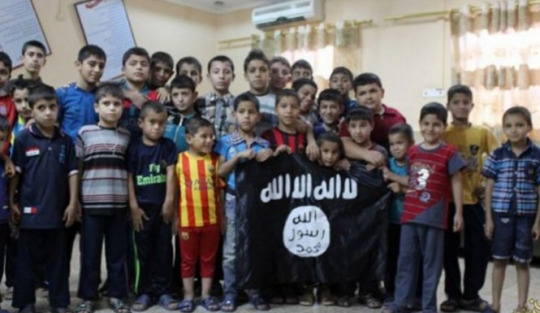 An historian who's name slips my mind at the moment once said " History always repeats it's self.  Each time it does, the price goes up." And as Aristotle's Law of Identity plainly states, A is A, a thing is what it is.

In 1979 the Ayatollah Khomeini of Iran declared islamic war against the West, primarily the United States and Israel. Since then muslims of all stripes have been acting out on that declaration of war. Unfortunately, America and the West have not consistently met the challenge and have emboldened the muslim Jihadists through years of inadequate challenges to the islamic onslaught.

Muslims have correctly recognized the irrational progressive western tendency of political correct appeasement at all costs, and are taking full advantage of it. It used to be that if one nation or group of nations declared war upon another and followed through on that threat, there would be a strong response from the threatened nation with an effort to defeat that enemy. Of course, there were exceptions to that rule. One was Great Britain during the earlier part of the second world war. The British Empire paid the price for taking it’s sweet time to engage the threat.

Similarly, today we regularly witness the atrocities being waged against civilization by barbaric muslim brutes, just as the islamists have been doing for 1,400 years. In the koran, muslims are instructed to either convert or kill non-muslims. This is what they teach their children. They are also persuaded to invade other nations and if possible use their legal systems and freedoms against them.

It is both sad and immoral when elected government officials who either swear or affirm to uphold the United States Constitution and are expected to govern on behalf of U.S. interests but do not. Barack Obama is the premier example of refusing to do what is best for our nation’s best interests. Instead of exhibiting strength and resolve after a cowardly muslim terrorist wreaked havoc in a gun free zone by gunning down scores of unarmed victims, he chose to blame guns instead of muslim terrorists, who should be hunted down and destroyed.  What an insult to the American victims of dedicated muslim terrorists who are trying to bomb the world into a dark age of muslim domination.

Thus it is high time for civilized nations accommodate them by militarily escorting them to their eternal reward. Right on the heels of Islamic terrorism in Orlando, Florida, once again Paris was hit with another dose of Muslim Jihadist terrorists who simply went to Paris to kill and destroy.

On Monday Obama gave a very telling speech. It conveyed to all objective listeners his true feelings about the nation that twice elected him to the presidency. He was blatantly defiant in his decision to “not now and not ever,” place blame on radical islam participants for the tragedy in Orlando.  Instead, he chooses to threaten our freedoms.

America is a nation at war whether some recognize it or not. We must take the muslim challenge to our existence as one nation. If not, history will not be kind.
© Posted By Diogenes Sarcastica™ on 6/17/2016 07:00:00 PM
Labels: Allah's Butt Boys, De-evolution, Terrorism, Tyranny
Newer Post Older Post Home