When Hatred and Misconception Take Command

I for one have enjoyed immensely the communal freak-out of the left over the election of Donald Trump. None more then the one group that has probably the least to worry about. After 8 years of Barack Obama and the worship of a man who did little for them as a people, coupled with the mistaken idea that there would never be another Republican in the White House again (certainly never another white male) the butt hurt of the black community is epic.

I have a great amount of contact with older black musicians in my business, those who in the past lived through Jim Crow, segregation and the fear of being caught in the wrong parts of town, who shake their heads in disbelief at what they hear from young blacks today. And what is it that young radical blacks fear from Mr. Trump?

No, what they fear is that the country is not theirs as they believed it became with the election of Barack Obama. Their new mantra of BLM and White Privilege is now their clarion call. Hate is their platform.

What they fail to realize is that Donald Trump could just be the best thing that has happened to the Blacks in America in their lifetime. But the exaggerated hate they teach their offspring of White America stands in the way real hope for them and their children.

Below is an essay by one such radical idealist, Ijoema Oluo, who's twisted vision of America has clouded her life....and ultimately her hope for a better life in the future. 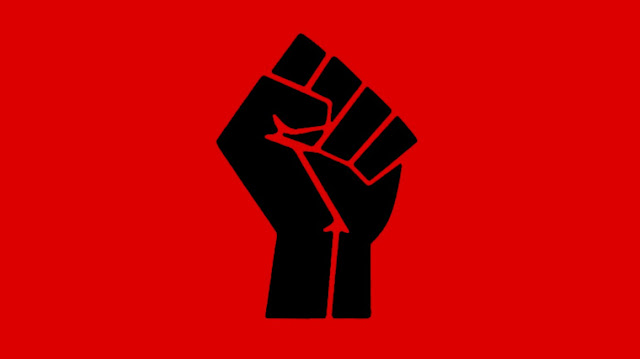 We are now less than two months away from the ascendancy of the Great Orange Hate Clown. To say that it has been weighing on me is an understatement. Words are so inadequate to describe the feelings of fear, dread, sadness, and betrayal I’m feeling as the year draws to a close, that this writer wonders what words really are for. But I cannot just sit at my computer typing “fuck” over and over again; there is work to do.

I know that we will be in for a fight. So right now, while we still have a president who recognizes my humanity, I have to prepare.

Here are some things that I’m doing to get my black ass ready for the next four years of resistance. This is centered on my own personal experience as a black woman, so these tips may not all be helpful for all marginalized populations who are most at risk from this upcoming administration. But nonetheless, I hope it will help some of my brothers and sisters in struggle as we get ready to battle together.

I’m going to the doctor. One of the first things I did after election day was make an appointment to see my doctor. I am fortunate enough to have insurance here at The Establishment, and Obamacare was a wonderful safety net if that ever should change in my ever volatile world of freelance writing. But that safety net is in danger, and it puts the health of millions at risk.

I’m reaffirming boundaries with allies. I, and many other people of color, have been inundated with requests for emotional, physical, and mental labor from allies who feel particularly lost after these election results. They want to help but just “need you to please tell them exactly what they should be doing to help destroy this system of white supremacy” that they benefit from, own stock in, and maintain. I’m reminding people that if I could remove their boot off my neck I would have, but it’s their foot—whether they want to believe it or not. I’m offering advice en masse when I have the emotional bandwidth, suggesting people do their research when I don’t. My altruistic reserves must go first to those less privileged than myself and that means I need firm boundaries in place with privileged allies.

I’m identifying programs. I’m doing my research for civil rights groups, legal aid, and activism groups I may need in the future. I’m identifying where the movements are and ways in which I can help. I’m also identifying groups that I will need to support in the upcoming years—immigrant rights groups, transgender aid groups, disability advocacy groups, reproductive justice orgs, legal defense funds, government watchdog groups, and more. I’m realigning and increasing my monthly giving to fit these new needs.

I’m prioritizing my mental and physical health. It’s not just about going to the doctor. I’m going to need stability at home in order to fight in the streets. I’m starting up a fitness routine, and I’m buying real food for my fridge. I’m writing this essay from my office and not my bed. I’ve started up my meditation routine again. I’m going to need at least some of this to be habit by January 20th. I keep reminding myself, “I have to outlive this tangerine terror.”

I’m making lists. Like this list. Lists are a little bit of empowerment on paper. List what you have, what you need, what you can do. Write it all down and look at it often.

Things are dark right now, and they are about to get darker. It’s so easy to drown in it all. The news stories of reinvigorated hate, the rapid transformation of our government from a racist white boys club to a REALLY racist white boys club, whatever’s going on with Kanye (I’m for real worried about him you guys, let’s check on him, he’s still our people)—it’s too much if that’s all we see. So each day, while I’m also making an effort to stay informed of present and upcoming efforts, I’m also making an effort to seek out those who are doing great work right now, both locally and nationally. We are going to have to be each other’s motivation in the upcoming years. We have to see each other’s light.

So there you have it: what I’m doing to get my black ass ready for the next four years. This list will likely grow and change, but right now, it’s getting me through with some strength and confidence.