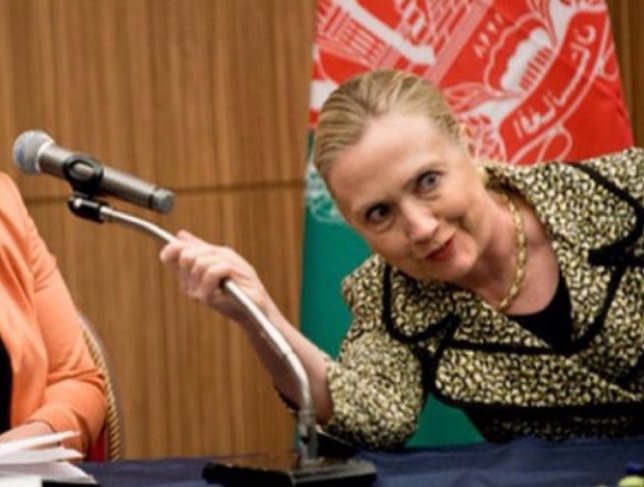 A new report from Politico Wednesday illustrates the stunning extent to which the campaign of Hillary Clinton was blind to Donald Trump’s potential challenge in Wisconsin, Michigan and Pennsylvania.

In a decision that is sure to be second-guessed by political observers for all eternity, interim DNC Chair Donna Brazile hatched a plan to spend money to drive up inner-city turnout in places like Chicago and New Orleans, even though neither Illinois nor Louisiana was remotely competitive, because of fear that Clinton would win the Electoral College vote but lose the popular vote. So confident was the Clinton campaign of their Electoral College win that they refused requests to reallocate resources to places like Michigan because they did not want to risk the public relations nightmare that would come along with losing the popular vote.


"Millions were approved for transfer from Clinton’s campaign for use by the DNC — which, under a plan devised by Donna Brazile to drum up urban turnout out of fear that Trump would win the popular vote while losing the electoral vote, got dumped into Chicago and New Orleans, far from anywhere that would have made a difference in the election......."

"It was already November when the campaign finally reached out to the White House to get President Barack Obama into Michigan, a state that he’d worked hard and won by large margins in 2008 and 2012. On the Monday before Election Day, Obama added a stop in Ann Arbor, but that final weekend, the president had played golf on Saturday and made one stop in Orlando on Sunday, not having been asked to do anything else. Michigan senior adviser Steve Neuman had been asking for months to get Obama and the first lady on the ground there. People who asked for Vice President Joe Biden to come in were told that top Clinton aides weren’t clearing those trips......."

In the end, of course, Clinton ended up winning the popular vote by a relatively comfortable margin, almost the exact same margin that President George W. Bush enjoyed in 2004 when he defeated John Kerry.  But  abject failure to understand the strategic situation on the ground led to a crushing Electoral College loss.

* It must be noted that Donna Brazile is from New Orleans, and being a wheel in the Democrat party since the Gore campaign, has deep ties in Chicago.  Maybe someone should check out the ol' gal's bank account......