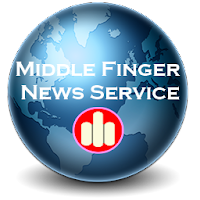 We here at MFNS Inc. have always toiled to bring you what others dare not bring. Underground interviews, covert photos and leaked secret information as well as news stories no one else will touch.

After watching the protest of the new Education Secretary Betsy DeVos, we decided to do our own little 'Project Veritas' and covertly attend the local chapter of "Disrupt Trump for the Next 4 Years Bitches" and record the proceedings.

Due to budget restraints, mainly because our senior reporter that shall not be named EARL who travels quite frequently to exotic destinations like Acapulco,Tahiti and Monte Carlo chasing leads (we are still waiting for you to file, Earl) there was no money for a super-duper hidden video spy type camera. But we did get a hold of a old Sony Walkman off ebay to record the meeting on a used cassette tape thingy. 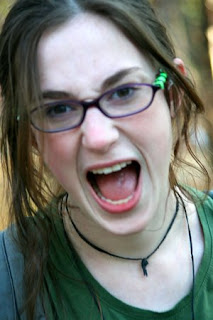 The formal speaker and chapter organizer, Emily Fecalmann, a former Women's Studies professor at Grim Community College told the crowd the Trump regime should be literally hounded everywhere they go, but violence was not necessary, slyly suggesting blooding one's self up for effect and the media was always a tactic to keep in mind.

Here are seven of her most important rules in that spirit she told the crowd for when they run into various members of the Trump regime, and what you might say to annoy them when they see them............ or at least the ones we could remember. The Walkman quit working.

* If you see Sean Spicer buying all the cinnamon gum from the store, politely say Melissa McCarthy I just love you and ask for her autograph and tell her what great work she’s been doing on SNL.


* If you see Ivanka Trump, tell her she makes ugly clothes, and solemnly swear if she lets her dad do anything to hurt the LGBT community, the gays and Tranny's will abandon their impersonations of her and refuse to do her hair and make-up anymore.

* If you see Attorney General Jeff Sessions out lookin’ like a racist Looney Tunes character from hell, ask him why Elmer Fudd didn’t use a rubber when he banged Sessions’s mom. Then fall on the floor and yell Fascist!


* If you see Steve Bannon, feasting on newborn baby heads, take pictures, call him every name in the book, but do not punch the Nazi, unless you can’t hold back, in which case we are not your real dad. Then fall on the floor and yell Fascist!


* If you see Mike Pence at the Cracker Barrel pretending he's not staring at some cute waitress' ass, just scream “ARTICLE 25!” at him repeatedly. At some point, it will dawn on him that if he does Article 25, he will become the president. Pence is very smart, though, so this will have to happen to him regularly.


* If you see Kellyanne Conway drunkenly wandering through TJ Maxx for a five dollar clearance blouse from the Ivanka collection, just chase her around a while calling her a liar and a sycophant and a soulless human being, or jump up and down saying “CASH ME OUSSIDE, HOW BOW DAH!” repeatedly. But remember she’s known to throw blows when she gets pissed off, so be prepared and fall on the floor and yell Fascist!


* And if the golden goddess of fate comes your way and you find  yourself in the presence of Donald Trump himself, if you are a lady, say Russian to him and pretend like you're going to do a wee wee on him. If you are a man, just jeer at him and call him a pussy. Then hit the floor and yell Fascist!


If you happen to witness any of these above described activities happening in your area, please contact Middle Finger News Service immediately.  Caution: these people are a little crazy, keep your distance.