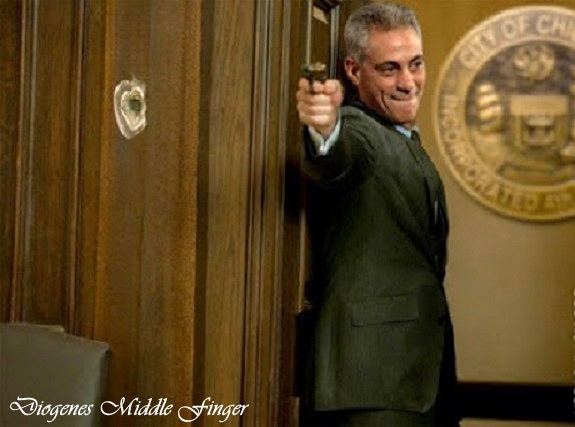 According to my friends in Chicago, this may not be an isolated incident, ignored by the media as they turn a blind eye to their sympathetic Trump Hating allies in the streets.  And as we quickly approach what I believe will come to be known as 'The Summer of Hate', the left will again take to the streets with increased demonstrations and violence leftist has shown they are capable of.

Suzzanne Monk of Chicago was one of the 2 million Illinois residents who voted for Donald Trump in the 2016 presidential election, and she says that choice is costing her her neighborhood business. In a letter to the editor that appeared Friday in Crain's Chicago Business, Monk, who owns Worlds of Music in North Center with her husband Alexander Duvel, wrote that she has been subjected to steady bullying since the couple's personal politics became public knowledge.


"Chicago, you have always been a Democrat-run town, but this year you have become a one-party city terrorizing anyone not in your party for their beliefs.... We will close at the end of April, because we are no longer willing to subject our staff, our customers, our neighbors and ourselves to the daily risk.... We have to leave. In the end, it wasn't the high taxes, constant road construction or high crime. It wasn't the unchecked gang violence or political cronyism. In the end, we have to leave because of the hate you are willing to tolerate.... You have a Trump-sized chip on that big shoulder, and it has turned you into a city of fear, hate and division. A city that encourages political bullying."

The couple are in the process of shifting Worlds of Music, which sells instruments from around the globe, to an online enterprise because as Monk said, "they can't put a brick through a website". She and Duvel have always worked hard to keep politics separate from their business ( for the record, she voted for Al Gore in 2000 and Hillary Clinton in the 2008 primary ) but were "outed" as Trump supporters after a debate Duvel had in the comments section of a Facebook post last year. The couple began receiving threatening emails along the lines of: We hope nobody fire bombs your business, that would be too bad.

The worst of it has been they've had loyal customers told not to support them or they would be ostracized. What disturbs Monk the most is that the very people who profess to promote tolerance, progressive liberals, are the same people who have been intimidating her and her husband, or are tacitly approving of the bullying by not condemning it.
© Posted By Diogenes Sarcastica™ on 3/20/2017 04:10:00 PM
Labels: Decay, Decline, Eyes Wide Shut
Newer Post Older Post Home