The Slow Painful Death of the Truth 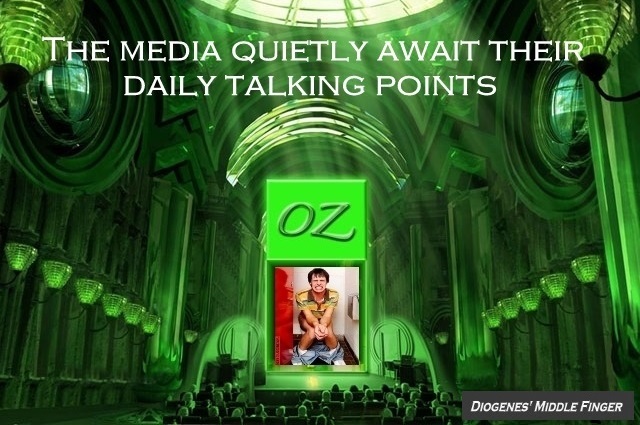 The general public truly lives in two separate worlds. We have the world of the mainstream media, popular culture and political rhetoric; a world which constantly and desperately seeks to twist or destroy any legitimate measure of reality, leading people into a frenzied fog. Then, we have the world of concrete facts; an ugly, brutal world that upsets many people when they see it and leaves them with little more than the hope that the most innovative of us will perhaps reverse the disastrous course, or at least, survive to carry on a meaningful level of civilization.

The sad thing is, if a majority of the population studied and accepted the world of fact, then preparation and intelligent or aggressive action might negate any destructive outcome. Reality only grows more ugly because we continue to ignore it. Have you ever come to a logical or practical conclusion in response to a national or global problem and waited in vain to hear it represented in the mainstream? Have you ever thought — if I can figure this out, why can’t they? And by “they,” I mean the people most commonly offered a mainstream platform.

This includes so called “professional journalists,” political leaders, mainstream economists, highly paid “analysts,” etc. Well, I think more and more Americans in particular are finally considering the notion that these “professionals” are either not very smart, or they have an agenda that seeks to perpetuate the problem rather than fix the problem. Yes, the intellectual class, the longtime gatekeepers of public thought and consent, are actually mostly morons and/or liars with a terrible purpose in mind. I understand that this does not come as a surprise to many of my readers, but remember, the masses are still trapped in a stupefying fog.

The Healthcare Bill Debacle: If you happen to take note of stock market reactions to legislative events, you may have observed that equities recently suffered a swift sidekick to the solar plexus (read the section on stocks below as to why this matters little). This is, according to the mainstream, due to the failure of the Trump administration’s Obamacare repeal efforts. The first assumption here is that stock markets exploded higher after Trump’s election win purely because the investment world was placing bets that Trump would ram through tax cuts and pro-business legislation within his first year. The second assumption is that because Trump’s first piece of major legislation, the repeal of Obamacare, has failed, he will not be able to achieve any of his other stated goals, including tax cuts.

Russian Hackers And Political Influence: This narrative just refuses to die, and the only point I can see to it so far is that it is a way for establishment elites to keep the political left constantly agitated. The left becomes more and more insane in their rhetoric and behavior exactly because the mainstream continues to perpetuate the rationale that Trump is “not really president.” Think about it — the left was already hurtling towards the madness of full-blown communism, but in order to reach a crescendo of schizophrenic violence, they need a little more psychological justification. If they can be convinced that Trump is now a “Russian agent,” they have all the justification they need to take their mob actions to the next level.

Clinton Corruption: Why are the Clintons still running around free? Why is no one talking about prosecution anymore? This question is for Trump, of course. Now, I predicted post election that Trump would indeed abandon all talk of Hillary Clinton going to prison almost immediately, but I would like to hear his argument as to why this should no longer be pursued.

Illegal Immigration: Why is enforcement of existing immigration laws, laws which have been a standard for decades, such a divisive issue? Most countries in the world have stringent immigration laws, why is it that America is not allowed to enforce similar laws? Why does the left in particular consider the removal of illegal immigrants representative of “racism” or “fascism?” I realize they are mostly insane, but I would just like to hear one valid and practical argument from them as to why the U.S. specifically should be saddled with wide open borders and why American conservatives in particular are racist merely for demanding that the current laws be followed? Why are we still arguing about this?

The Mainstream Media Is Dying: The bastion guardian of all that is “mainstream,” the arbiter of who is “fake news” and who is “real news,” is actually in rapid decline, but you will never hear them admit it publicly. Many alternative media outlets are crushing the readership and viewership numbers of many mainstream media publications and shows, but much of the public still clings to the faulty concept that there is a particular level of “professionalism” that goes into the production of these narrative peddlers. We have been brainwashed with stories of “journalistic integrity” that lead us to consider media a higher calling. This is, of course, pure garbage.

As was made fully evident this past election, there is absolutely no integrity whatsoever in the journalistic field. There are only people with agendas and people who whore themselves out for people with agendas. That’s it. You may find a few honest souls on the conservative side of the media apparatus, but in large part, journalism is like a Vegas brothel.