Okay White People, Knock It Off Why Doncha! 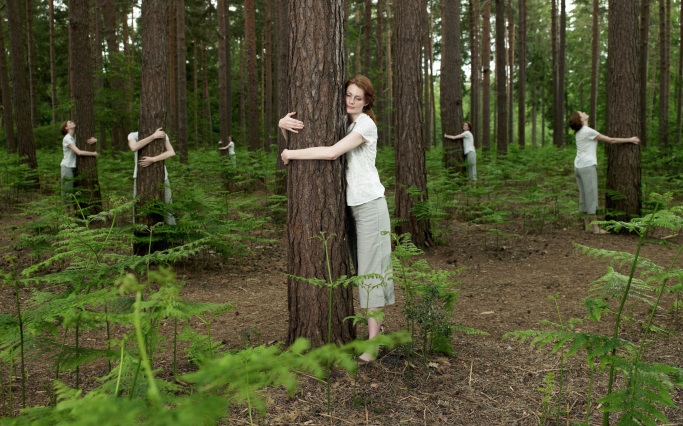 Self Loathing Lefties Eat Their Own: Earth Day Is Just Too White

An in article by Emily Atkin, published yesterday in the lefty rag New Republic titled, “Earth Day Is Too White and Out of Touch With Reality,” she argues that Earth Day is a hollow celebration that doesn't properly address the concerns of minorities. Seems Earth Day focuses too much on making white people feel good about recycling and driving Pruises,” rather than, “helping those suffering from injustice.”

The bizarre article refers to indigenous peoples as the “original guardians of the earth.” There was also a concern about the “white supremacist roots” of the environmental movement, such as the involvement of “anti-immigration” groups like Federation for American Immigration Reform and NumbersUSA.


"The first Earth Day marked the environmental movement’s break from its white supremacist roots. Last month, on the occasion of the Sierra Club’s 125th anniversary, Mair wrote, “Few Sierrans realize that race, population eugenics, and ‘natural order’ were critical features and values of our founders and naturalist societies of the late 19th and 20th centuries, which largely blamed environmental degradation on developing and non-European populations. "Owning that history is a critical piece of changing history.”

"But echoes remain of the environmental movement’s ugly history. Anti-immigration groups Federation for American Immigration Reform (FAIR) and NumbersUSA, for example, have played a “major role” at Earth Day events. Their argument is that strict immigration policies prevent overpopulation, and thus reduce stress on the environment. The next step: increasing diversity among event organizers, which is no small feat given that the membership and leadership of the major environmental groups is disproportionately white and middle class."

So, you white devils, you need to stop hogging this sacred day as a feel-good exercise for well-off liberals.  Frankly I don't see much interest in Oakland, Chicago or Baltimore, nor by immigrants, legal or illegal, in your damn tree hugging. They have a few other things to worry about.  But I do suggest, in the spirit of Earth Day, you guys dig yourself a hole, jump in and beat yourself into organic compost. But before you do, be sure and hug tree, and an oppressed minority.