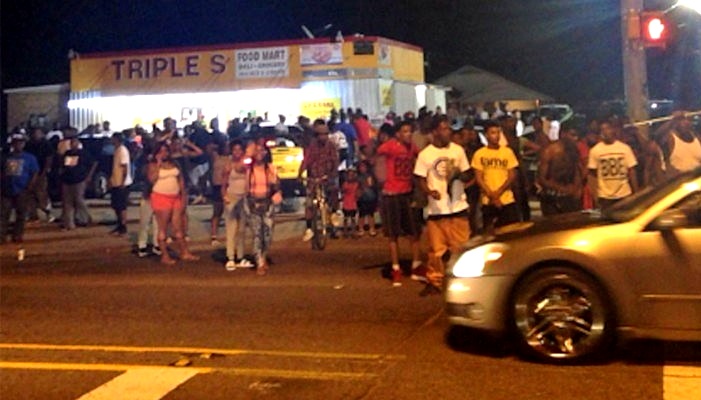 Everybody you talk to in Baton Rouge is dreading what is commonly understood to be the impending announcement by the Justice Department regarding the Police shooting death of Alton Sterling last summer.

According to the Washington Post, the announcement could come in the next 24 HRs. No charges against the BR officers are expected to be filed.  Combined with the the chaos last night just 80 miles away in New Orleans, where a various tattooed snowflake millennials, some rag-tag neo-communist Antifa loons, project trash and a few Black Lives Matter members showed up at the Jefferson Davis monument to berate and rough up some of the preservationists who took up peaceful residence there in an effort to save Davis’ statue from a similar fate to that befalling other monuments torn down last week, South Louisiana has turned into a tinderbox.

Last summer, witnesses reported Alton Sterling was threatening people with a gun outside a convenience store. When police arrived Sterling refused to to cooperate with police and was tasered twice by BR officers, but didn't go down. In the ensuing struggle to handcuff sterling, he tried to pulled a gun from his pocket and was shot by police.

Baton Rouge totters on the brink of racial chaos and has already suffered greatly from violence brought on by racial hatred with the deaths of three police officers, and the wounding of three others last summer after the New Black Panther Party publicly called for retribution for the Sterling shooting.  Worse, the city’s murder rate is up 80 percent over last year and there are lots of questions about whether the local leadership can handle ordinary challenges much less what's at stake with the Sterling case.

With the animus created downriver with the monument controversy, perhaps this is a bad day or week for the Sterling announcement to come down regardless of everyone’s expectations. But there is no indication things will get better the longer DOJ waits to get this over with.