We Need More of This! 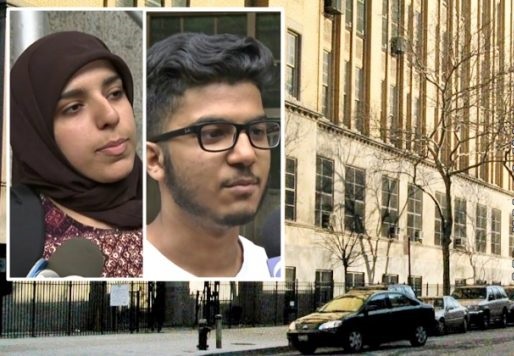 Despite being a very small minority, America’s Muslim population is by far the most overbearing when it comes to imposing their will and undeniably the most dangerous when denied. Instead of respecting our values and traditions, they constantly give ultimatums for us to forgo our own customs to make way for their Islamic compulsions. Fortunately, not everyone’s bowing in submission to their intrusive religious requirements.

When Brooklyn Technical High School’s Muslim students, who are a minority, found out that prom would be held on June 3 this year, they were deeply upset that they would have to choose between adhering to their religion’s endless commands or living like American teenagers. Since Islam strictly prohibits worshipers from listening to music or dancing, especially during this month of fasting, the Muslim students decided to pressure the school to move the event around their religious observance. The answer they received was not what the retaliatory special interest group is accustomed to hearing.

When the Muslim student body demanded the school reschedule prom in submission to Ramadan, the interim acting principal informed them that they would definitely not reschedule prom because it was planned months in advance and the school would lose money just to accommodate the minority’s request. As expected, the Muslim students showcased their supremacist beliefs, shocked that the school wouldn’t cave to their demands.

The Muslims convinced ignorant non-Muslim classmates to support their petition, which, despite gathering more than 250 signatures, was dismissed by school officials, according to CBS New York. However, these Muslim students misled the sympathetic majority into pitying them, making it seem as though they have no choice in the matter. The truth is that these Muslims chose to adhere to their religious beliefs, which every religious person must eventually experience.

They chose to subjugate themselves to Islam’s oppressive compulsions and, therefore, chose the consequences of missing out on prom. Still, the Muslim students immediately played the victims, portraying the school officials as callous Islamophobes simply because they refused to give in to their unreasonable demands.


“You’re not supposed to listen to music during Ramadan, so it’s not really allowed. Muslim holidays they don’t give much attention to it, school events, they don’t care about it."

Of course, it’s likely that some of the students will come together to file a lawsuit to accuse the school of discriminating against Muslims. In reality, the school never discouraged or disallowed Muslims from attending. Along with refusing to attend in favor of their religious compulsion, they hoped to force the non-Muslim majority to abstain from prom during the month of Ramadan.

Although targeting prom is a small scale attack, it is an attempt to force their beliefs on the masses. These religious requirements are not just for Muslims, as the Quran commands Muslims to enforce its commands on everyone, regardless of religious belief. In the end, the goal is the same — establish Sharia law and make the unbelievers “feel subdued” until there is only Islam.

Same goes for the college rabble. Don't like the school, go somewhere else!