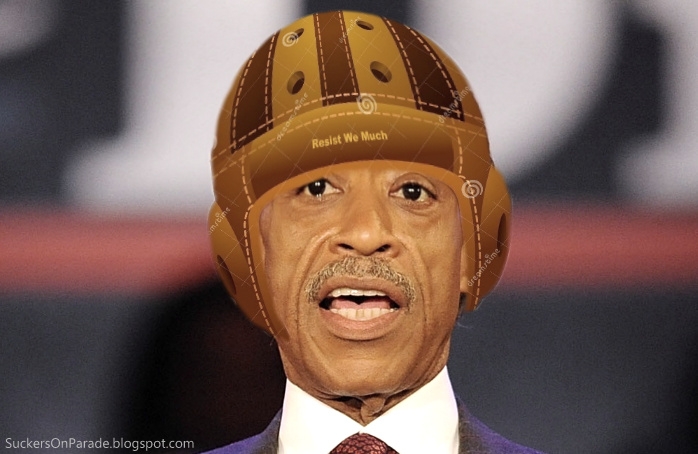 DT - So far the Trump era has been some lean times for Al Sharpton. Despite the left’s ridiculous claim that the President is a white supremacist there haven’t been any good money-making opportunities for the race hustler. It got so bad that Big Al was actually trying to hustle for the Irish. Thankfully, ESPN has suspended a black woman and Sharpton sees his opportunity to shakedown a big corporation. ‘Bout f*ckin’ time, yo! 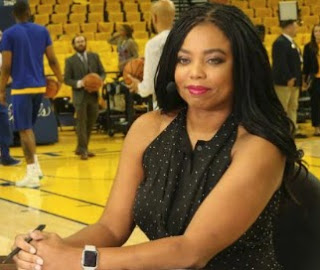 Jemele Hill is a black sportscaster or whatever the hell she is on ESPN. A few weeks back she went on a social media rant calling President Trump a white supremacist for finding the NFL “take a knee” protests to be disrespectful to this country. At the time ESPN decided they would not discipline Hill in any way, because lets face it, the network which is supposed to be about sports is really invested in being an arm of the Trump Resistance Forces.

After Dallas Cowboys owner Jerry Jones finally came around and said if any of his players took a knee during the National Anthem that they would not play, Hill once again took to social media. This time she called for black people to boycott the Cowboys and any of their sponsors. Interestingly enough, ESPN finally decided to punish Hill. The network really brought the hammer down and suspended Hill for two weeks. With pay? I have no idea, they weren’t too specific about that, just the slap on the wrist they handed out.

On cue, Al Sharpton took aim at this egregious miscarriage of justice, tweeting:

You don’t even need to read between the lines with this threat. Big Al has made it clear that both ESPN and any company that advertises on the network will have to pay a tribute to Sharpton or face the wrath of his nearly nonexistent professional protest force. Sharpton and his National Action Network are small potatoes.

But ESPN is in deep financial trouble. They are over-extended on their professional sports deals and almost nobody is willing to pay for the network. There’s still a certain number of TV providers who force people to pay for ESPN whether they want it or not, but the number of paid subscribers has dropped dramatically. The last thing the network wants to do right now is pay off a race-hustling huckster over his manufactured outrage. And yet, being a liberal propaganda outlet masquerading as a sports network, I feel like they just might cave to Sharpton and “donate” some tax-free (to him) dollars to the cause.

Al knows what he’s doing. It takes literally no effort for him to bully companies and individuals with accusations of racism and every now and then it pays off handsomely. Right Al?

*  Sharpton and his National Action Network (NAN) announced they'll stage a press conference in New York today to address ESPN's suspension of Jemele Hill. The protest will be held outside of the Disney-owned network's Upper West Side offices at 12 noon ET.  Sharpton and NAN will call for a meeting with the Chairman of the Board and demand an immediate reinstatement of Jemele Hill along with other demands pertaining to corporate diversity.  ESPN previously declined to comment on Sharpton's threat to lead a boycott of network advertisers.

As soon as ESPN chose to take the side of the Leftists, they had to be fully committed. Any deviation or hesitation from the ideology, and the Left will turn on you quicker than you can blink. 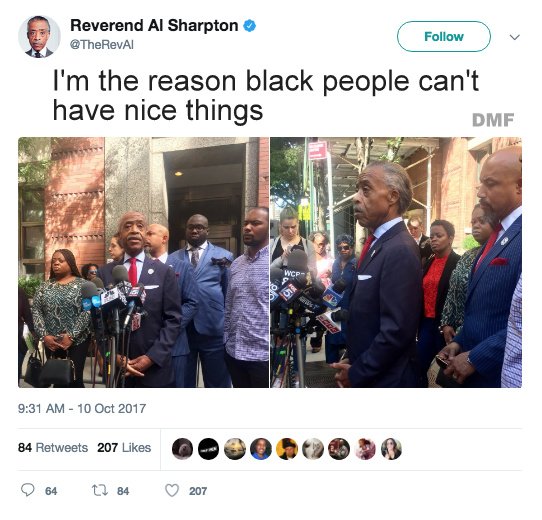