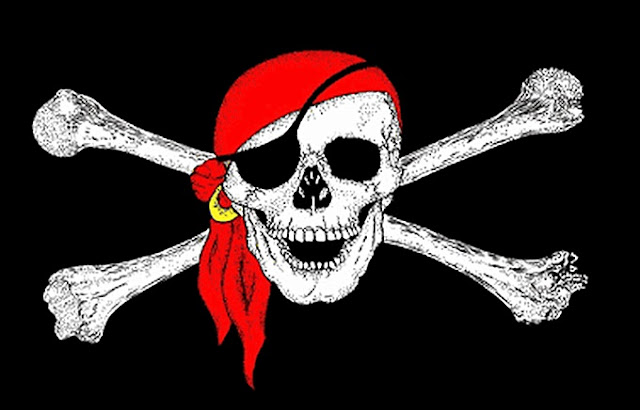 Long before the Disney movies of the same name came to be, one of the most enduring features at Disneyland and Disneyworld has been the classic “Pirates of the Caribbean” ride.  And as we all know, Progressives Regressives have their own truths, and can't seem to leave things alone.


DT - The ride has been in existence for fifty years and like those Confederate monuments never bothered anyone much until the rise of the new totalitarian left. Being the gutless corporate cowards that they are, the honchos at Disney are now revamping the ride out of fear of the castrating harpies of the #MeToo lynch mob.

Park visitors pile into boats which transverse a labyrinthine journey through the darkness of the old pirate days with automated figures engaging in sword fights, treasure hunts, singing and a bride auction in which bound women are sold off to the highest bidder. 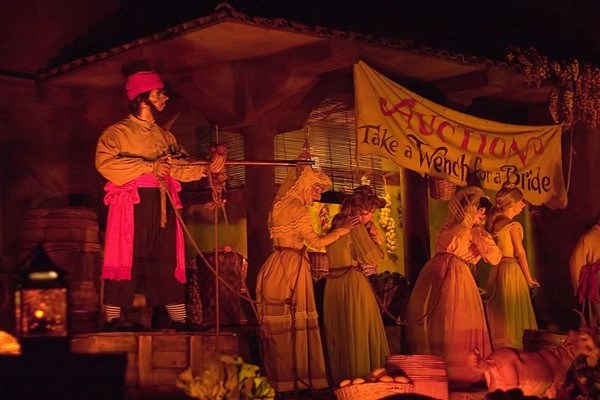 The scene that depicts women on the auction block is being replaced when the ride closes for routine maintenance starting April 23 at Disneyland Park in Anaheim as well as the Magic Kingdom Park in Florida. Disneyland will instead install a scene that shows townspeople lined up to surrender their valuables to the pirates, according to the Disney Parks Blog.  The tall redheaded woman from the auction block will remain in the new scene, but now as a rifle-toting pirate. The Disney Parks Blog also noted changes to the “Pirates” ride at Disneyland Paris."

This begs the question:  In this day and age when we are told the authors of history have so conveniently glossed over so many things like the cruelty of slavery and the contributions, good and bad, to society by some peoples, why then change this example of how things really were and how things have changed, and teach the real truth of history?

Have we become so afraid of emotionally triggering small segments of society that we can no longer tell the true? Even the most misguided Europeans of today still have the desire to tell, warts and all, their sometime disgraceful history as it was.
© Posted By Diogenes Sarcastica™ on 3/26/2018 03:36:00 PM
Labels: Culture, Decline, Degeneration, Leftist Hypocrisy