Squinty & Meat Puppet: "Every Democrat But Joe Biden is Wasting Our Time" 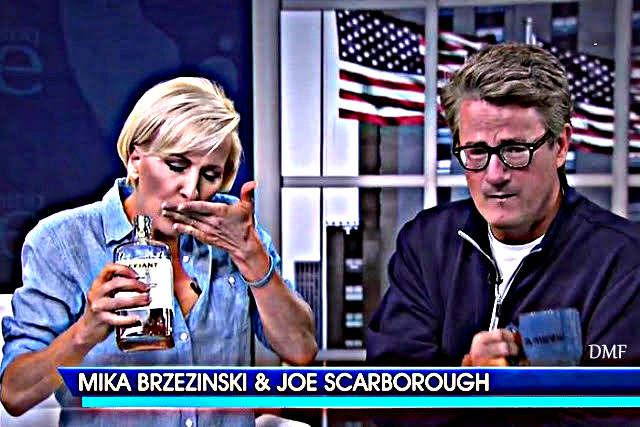 During a recent MSNBC Morning Joe, Meat Puppet Mika implied that any of the other 21 22 23 Democrats besides current front-runner Joe Biden were just wasting their time. "You have one Democrat with such a resounding lead in the polls, and then so many others trying to get air time." Of course we all know Mika is not very bright. But in this case, she may have had a rare episode of lucidity.

I have my own doubts Biden would make it through the campaign and debates with DJT without popping a tube. Age has caught up with him.  This is not the same guy who left office 18 months ago.  He hasn't spoken seriously on one issue yet, all he is is bluster, and neither the energy nor the ambition to be president. He has name recognition but that's about it.  He reminds too many people what a fraud the Obama years were. Biden may be ahead for now, but all the energy inside the Democratic Party seems to be with the uncompromising left.  It sees ­Biden standing in the way of its complete takeover of the Democratic Party. So as his lead in the polls expands, their ­efforts to stop him, and his heretical calls for political compromise will ­no doubt escalate quickly.

I think Bernie is toast.  That said, watch the coming months carefully for signs.  Because I think Biden was talked into running, for one reason.  And it's a sham.

The DNC itself has been taken over by non-traditional liberals (i.e. chairman Speedy Perez) who, despite upbeat bullshit talk show appearances, fears they can't win the White House with their anti-white male turgidity, and sounding like the ghosts of Vladimir Lenin.  But dems needs to at this point to woo blacks and millennial who have been told the unfair America owes them free shit.  In a compromise to appease the far left, Biden will sell his soul to the socialist leaning candidates for support to unify the party by choosing someone like the banshee Kamala Harris as a running mate (don't fool yourself, she'd jump on the offer faster than Willie's Willie).  And in the outside chance he was elected the 46th President and get's his own big ass portrait in the WH, serves a year in office and resign for some unnamed health reason.  The Left would then have their first woman, socialist, black radical tyrant voodoo queen president.

The Revolution would begin shortly after.......