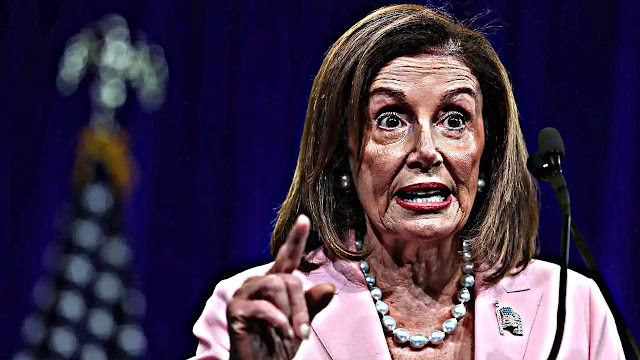 Trump Is Guilty So We Must Find The Evidence

Media is presently giddy and orgasmic......

The rationale is probably as silly as anything Robert Mueller ever investigated. It is made even more silly by the fact that attempting to impeach Trump for trying to stop corruption and to champion the rule of law will one of the hardest concepts imaginable to sell to about 80% of America.  Particularly when the evidence on Hunter Biden and good ol’ Dad starts coming out.

I’m not sure that the politics of this has been completely thought through. It seems to me that impeachment has a logic all its own and once unleashed is hardly manageable. The impeachment inquiry would undoubtedly dominate the Democrat primary and deprive the Democrats of an opportunity to talk about anything else. Once the impeachment inquiry gets underway, there is a less than zero probability that a hyper-partisan House Judiciary Committee doesn’t vote out articles of impeachment.

That, then, puts Pelosi in the position of either supporting an impeachment hearing in the midst of an election season…letting Trump dominate the news every day and letting the public see just how batshit crazy the Democrats are…or of quashing the entire thing and depressing Democrat turnout. This is their Hail-Mary play to stop a 2nd term. So, it doesn't actually matter if he's successfully impeached or not in the end. It's about the timing and blanketing the entire election cycle with time consuming impeachment talk.

That the Democrats aren’t even waiting to view the leaker’s complaint or the transcript of the call before screaming for impeachment doesn’t inspire confidence in their accusations. They’re gambling big here. The nation is witch-hunt weary and polls show impeachment not popular.
— Dana Loesch (@DLoesch) September 24, 2019